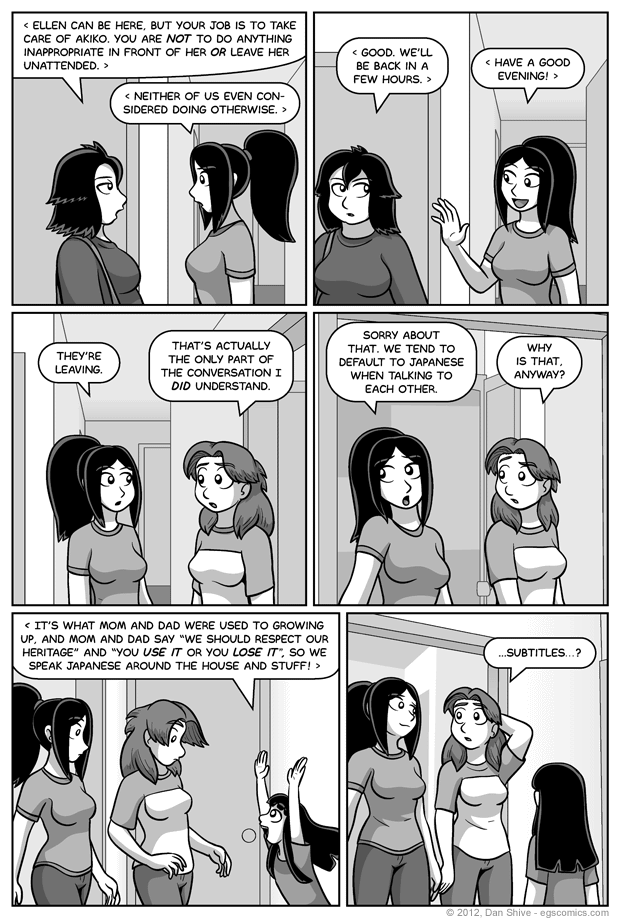 The whole "speaking Japanese around the house" dealie is inspired by my own trips to the houses of friends who would speak foreign languages amongst themselves. I am not assuming every household that does this has the same reasons Akiko gives here, but heritage, habit and English being a second, third, or whatever language from their perspective all seem realistic to me.

Another good answer is "why not?" Speaking in English is what comes naturally to me, and I doubt that would change even if I learned a second language and moved elsewhere. At least, I don't think I would. I guess I don't know unless I try. I suppose I have no choice but to learn Japanese and move to a Japan for a bit to test my assertion. This could take a while, folks