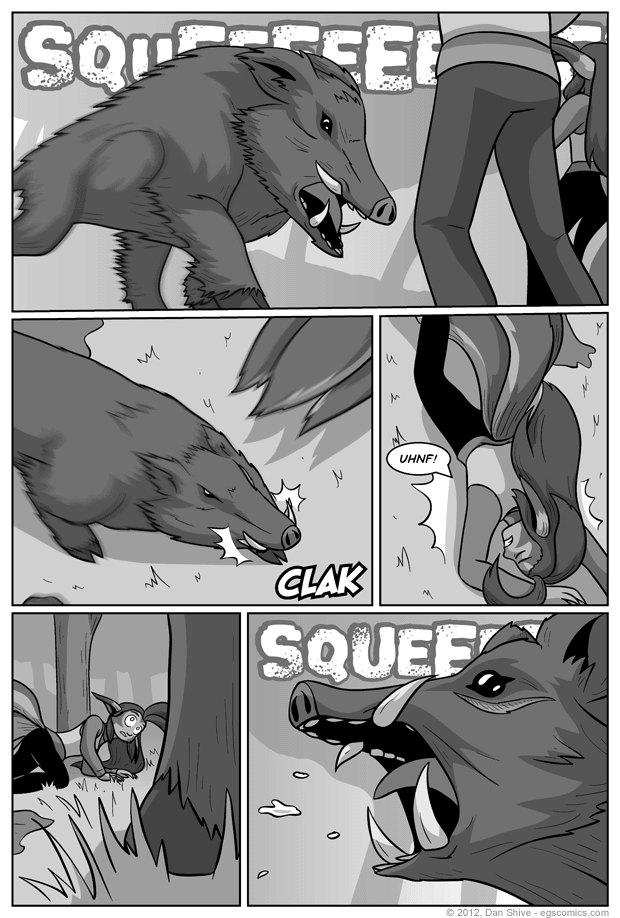 "Squee" might be a funny word, there are few sounds I find as genuinely freaky as a pig's squeal. Seriously, it sounds like they're screaming, probably because that's pretty much what they're doing. They tend to sound much less scary in cartoons thanks to the sound mixing of the recordings, but at accurate, relative volume? They should've just used that noise for the T-Rex in Jurassic Park.

Actually, no, I take that back. I just imagined that, and it was hilarious. It's only scary when the sound's being made by a pig. Or a person. Or maybe a cat? That'd be pretty freaky. Look, this has suddenly gotten very complicated. I'm going to need to make some sort of chart and a focus group if I'm going to get anywhere on this. For now, the point is simply that I find pigs squealing scary.