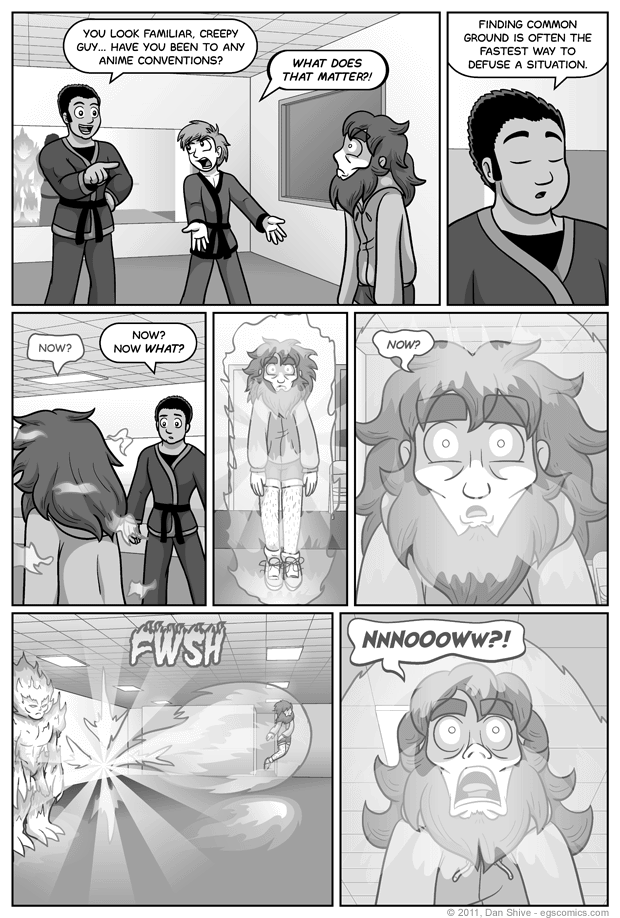 Dammit, Dex, no. I will TELL YOU when we get to the pizza place.

As crowded as anime conventions get, I have no trouble believing that Greg would remember seeing Dex at one. Seriously, that's not a face you forget, unless he's surrounded by a bunch of other unkempt nerds or something.

Huh. You know, I might not have thought that through...

You know what's hard to do? Portray a rainbow that doesn't look horrible in a greyscale comic. I wanted to have something that, in spite of lacking color, was obviously indicative of a rainbow behind Greg in panel two as a "subtle" reference to the More You Know public service announcements. I successfully made a recognizable greyscale rainbow, but it looked pretty horrible when put behind Greg in that panel.

It's probably for the best. That gag's been beaten to death, reanimated, and beaten again. And it amuses me every time. Ah well.