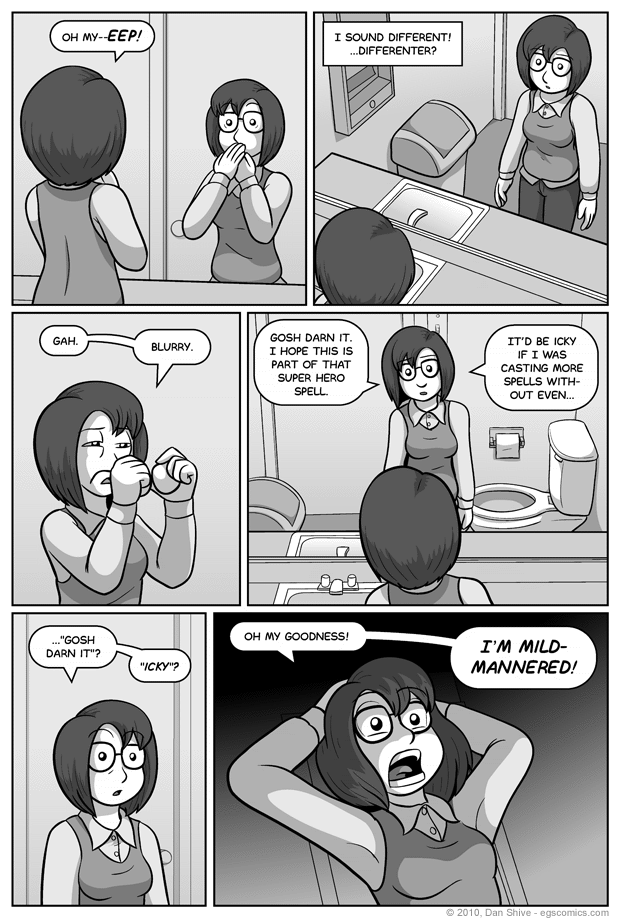 Posted October 22, 2010 at 1:00 am
It was cut from the comic due to being redundant when one considers the overly dramatic lighting, but here it is in the commentary for everyone who was waiting for it: KRAK-A-THOOM!

There. Some of us can sleep easier now.

While this particular example of mental transformation is fairly silly and the dramatic lighting and such is facetious, the idea of a physical transformation messing with how one acts and thinks is potentially a very scary concept. I should know; people have bugged me about it in extensive detail. Anybody who feels they need to bug me about mental transformations as a result of this comic can rest assured that their work has already been done for them.

In other words, please don't bug me about this.

As such, mental transformations usually aren't the norm in EGS. Someone with a cat-form might want fish, someone who has changed gender might feel an attraction they might otherwise not feel, etc, but that's usually as far as it goes. Something is a direct result of the physical change and is, theoretically, what one might expect. There are many reasons the animal forms probably shouldn't get the results one expects, but that's a another issue altogether.