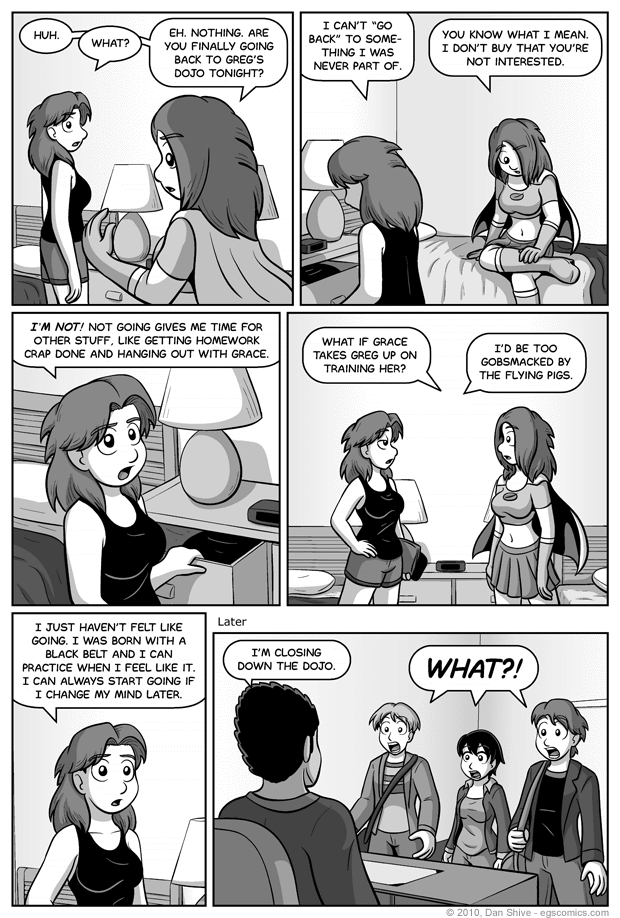 Posted August 23, 2010 at 1:00 am
I was listening to Kryptonite while finishing this comic. It felt appropriate.

I apparently need to be careful about using English terminology as though everyone uses it. "Gobsmacked" is a funny term and I won't apologize for it here, but I didn't even consider the oddness of it until I was editing, and it's not the first time that's happened. It's only going to get worse thanks to readers convincing me to watch the new Doctor Who series after similarities between my immortals and Time Lords were pointed out after the last storyline.

The layout of this comic proved difficult due to trying to avoid breaking the "180 rule", or whatever the proper term is. It's late as I'm typing this. Point is, I didn't want Ellen and Elliot to suddenly swap places (Ellen left, Elliot right) in the panels, but I also wanted to show their faces as much as possible. I adhered to this goal to the point that their dialogue balloons are a little weird in panel 4. I don't think it's that confusing, but I generally prefer having the dialogue balloon order match character order.