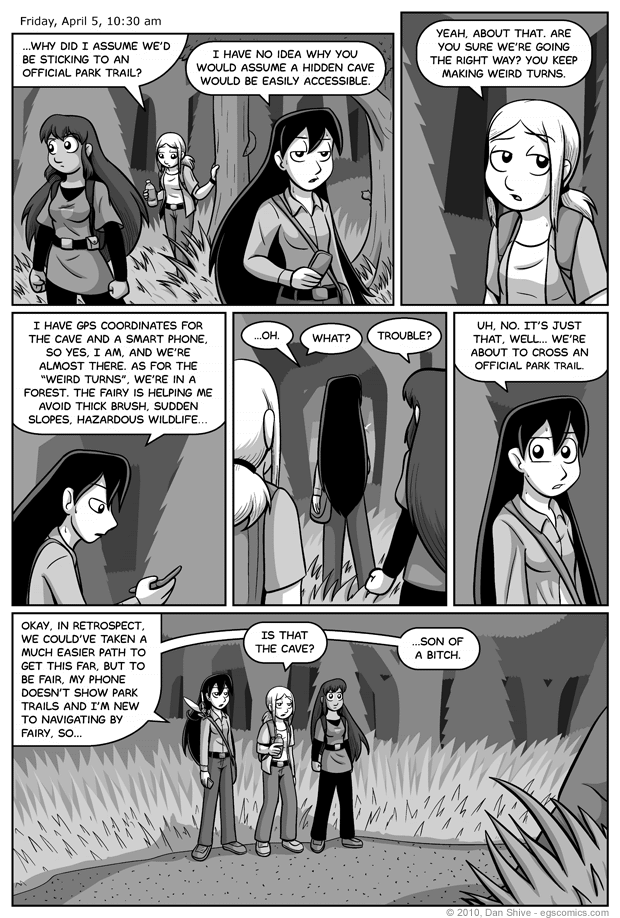 Posted June 16, 2010 at 1:00 am
This isn't the first time Sarah has sported this hairstyle. It would probably make more sense to not have any hair coming done in front, but trust me when I say it doesn't look as good. Granted, one could disagree with me on that, but they'd be wrong, so there.

Grace's outfit is intended to be vaguely super hero like, complete with an acorn emblem. That's also why she has a pouch on her belt. If I've learned anything from reading comics in the 90s, it's that super heroes need pouches. What's inside? Irrelevant. Super heroes gotta have them.

Susan is meant to be dressed a little like Indiana Jones, but without a fedora, it looks more like she's dressed like Tedd. Ah well. I would've given her a whip to compensate, but at that point I may as well just give her the hat, a five o'clock shadow, and a Sean Connery.

I'm still not great with forest backgrounds, but I do like the background in panel four. If you look closely to the right of Susan, you might be able to make out the wings and tail of the fairy off in the distance.