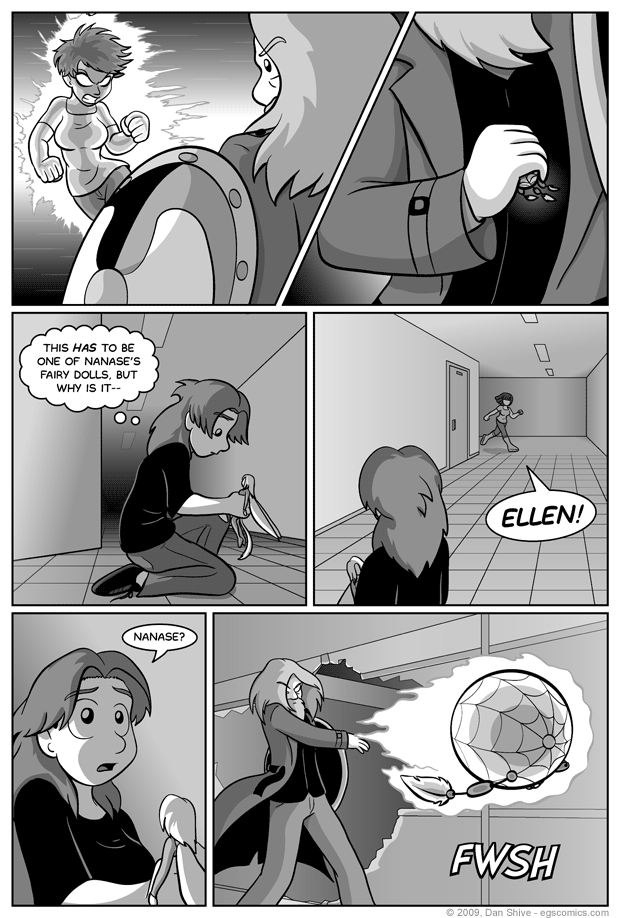 One thing that annoys me about action scenes in comics is that a lot of space can be devoted to very little story progression. I think every panel here has value, particularly when paired with the next page, but it's still an update where not a lot seems to happen.

That little ball thing is important, however, and I will discuss the inspiration for its design with the next comic. It would be spoilertastic to reveal the inspiration before then.

I would feel seriously conflicted as a director if this scene was animated, because I would want both this moment and the moment after Raven is beaten to be in eerie slow motion with no dialogue whatsoever. In the case of Raven's defeat, sound would return with Fox's attack, which I sort of did in the comic anyway.

It was tempting to "mute" this scene as well, but I would have wound up drawing Nanase with her mouth open calling out "Ellen" with no speech bubble or text to accompany it as I consider her calling out to Ellen the natural thing for her to do. If one knew what I was going for, it might be cool, but I think it would have lead to more confusion than anything else.