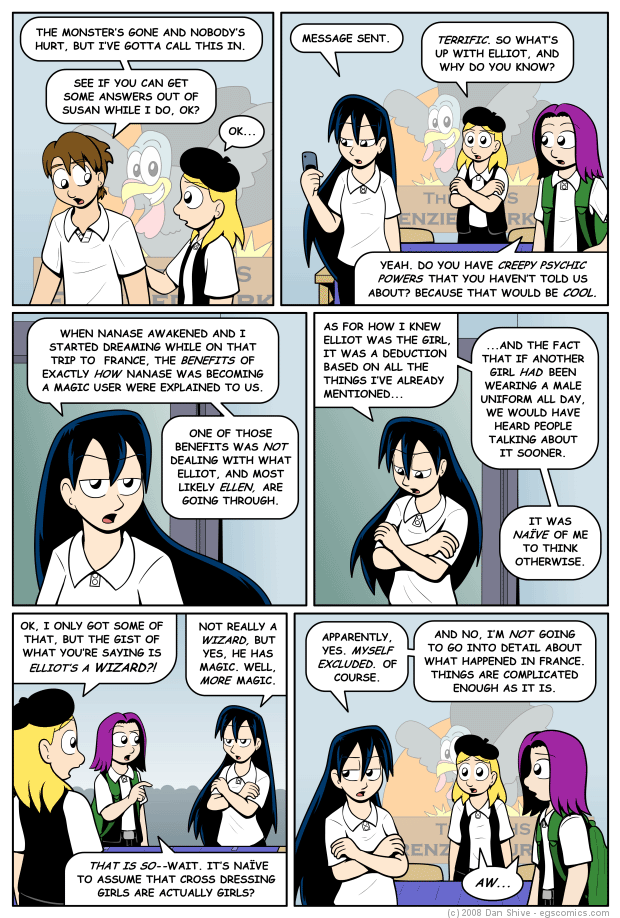 Once again, this is more of an introduction to what's happening than an explanation. If you're still confused after reading this, don't worry: you're supposed to be!

This comic introduces the concept that not all magic users are considered to be wizards, which is a very important distinction. There are many reasons for this, including being able to make some magic users are more potent than others without having to resort to saying stuff like "oh, um, yeah, he's got the uber power. Look at him flex that magix. He's a beast, I tells ya".

Granted, I WILL resort to that, but that's not the ONLY option available to me ^_^

In conclusion, I like that Tedd's excitement in panel five over the idea that Elliot is now a sorceror is put on hold due to such a trivial thing. Your buddy can turn into a variety of girly forms at will and could get other cool spells, Tedd! Focus!