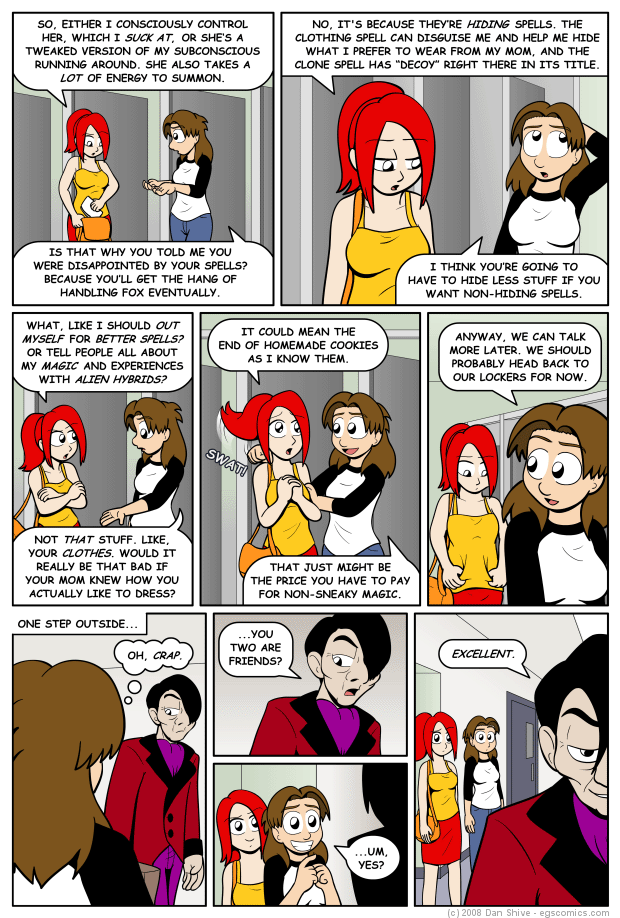 I'm not really happy with panel six of this comic. Yes, it gets the point across, but I wish I had done it in such a way that didn't require narration. In fact, it originally DIDN'T have narration, but then it occurred to me that, without the narration, it gave the impression that Raven had just mysteriously appeared in the ladies' room. I would have done more to fix the panel, but I came to realize my dissatisfaction really late in the production process, and I'm not certain I want to devote time to making that one panel niftier at the expense of future comic production.

I originally figured I would have this particular restroom located close to the lockers, but I realized it made more sense for them to go off to a more secluded restroom for showing Ellen Nanase's magic. It's not really all that important, but I consider it worth noting that the previous scene didn't occur in a restroom where they were likely to be walked in on. I believe that adds a bit of additional logic to the scene.