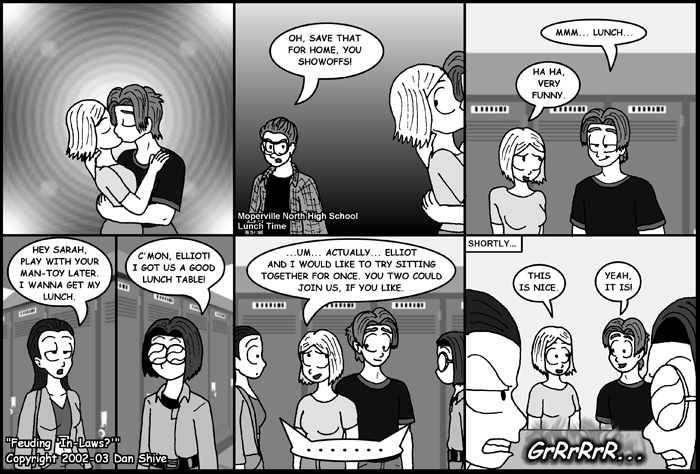 As I post the commentary for this, I'm updating the quality of the image from what it originally was. The lower quality on the old version actually resulted in what I think of as a pretty cool effect in panel one, however. Check it out. 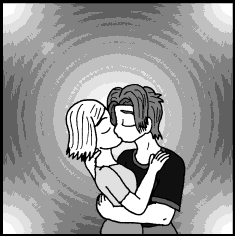 It did awful, awful things to that gradient in the second panel, however. Not that that particular gradient should be considered sacred, but it turned the gradient into a series of grew rectangles.

Speaking of the second panel, that was supposed to be me. Interpet my motivations for drawing myself there as you will.

I think this is maybe the third time I'm making a declaration about Susan officially becoming a main character, but really, if it wasn't so before, this storyline sealed the deal. This, of course, meant some level of peace needed to be made...