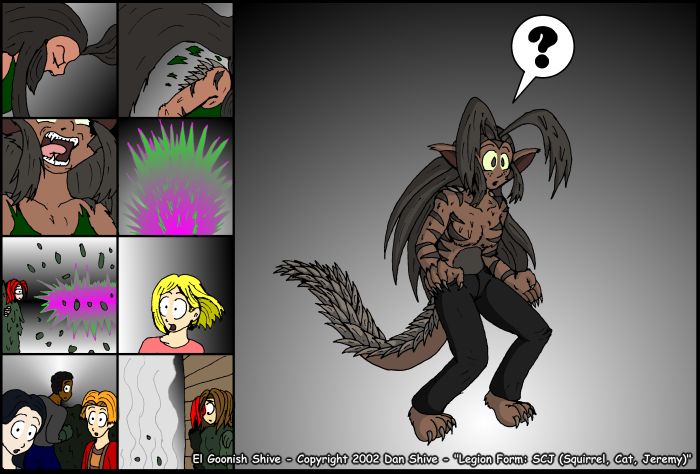 A new form! BUT HOW?! It's almost like a combination of the cat form and the Jeremy form, assumed immediately after Grace declared she couldn't decide on a form... That probably doesn't explain anything.

My initial reasoning for giving Grace the ability to combine forms was "it's rad", but there's additional reasoning to be had that I retroactively decided upon later, which means I will elaborate upon it, well, later. For now, however, I will make the important note that I think her tail looks rad.

This is also the point in the comic in which it is firmly established that Grace doesn't simply have an unusual hairstyle. Well, actually, that was a couple comics ago, but this is the commentary I thought of making mention of it in. But yeah, that's not just strands of hair coming out of her forehead. I can't really recall how people reacted to that reveal at the time, so I'm just going to assume people were falling out of their chairs all over the place.