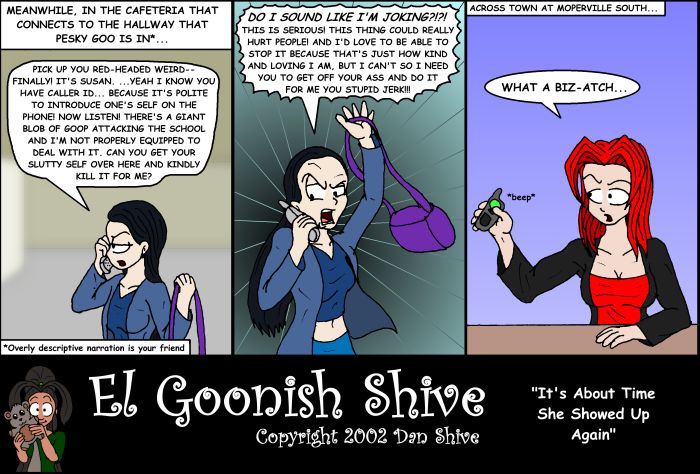 I immediately regret having Nanase say "biz-atch", and by "immediately", I mean over twelve years later.

That said, yay Susan and Nanase! Also yay cell phone technology that will mysteriously advance rather quickly given the comic's timeline.

I think I had a LOT of the backstory between these two figured out at this point, but was missing a lot of the finer details. It's a backstory that I didn't originally have in mind when I introduced Susan, but then she suddenly not only had a complex backstory, but one that linked her to Nanase.

You know, just in case you needed more evidence of how quickly she won me over.