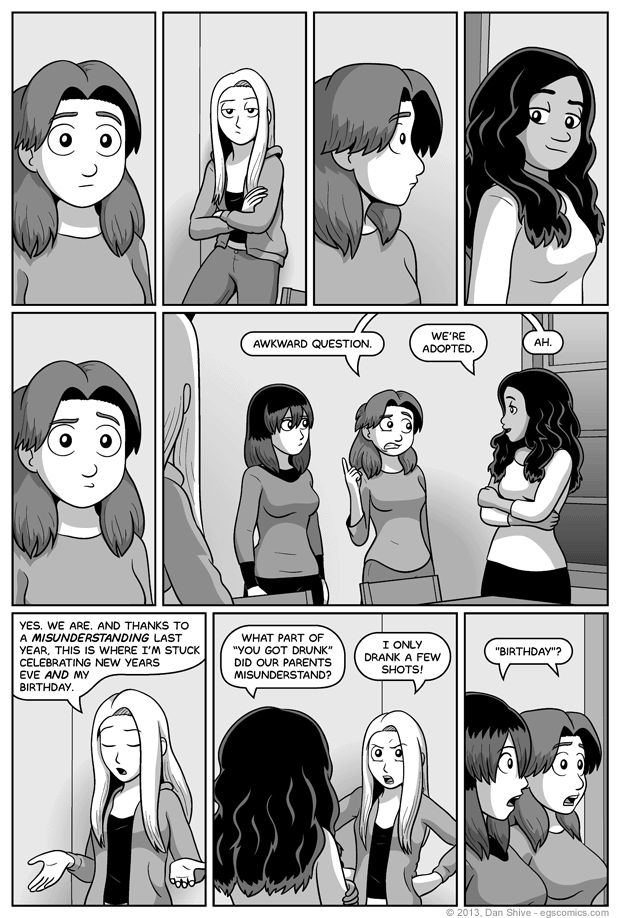 Before I talk about the actual comic, I want to mention that I'm plotting to have a couple of weeks with the old three story comic, Mon-Wed-Fri schedule. My intent, however, is to still make five comics each week in spite of only posting three.

Yes, that's right: I'm hunting Bigfoot. I mean, trying to make a comic buffer. I don't do well with artificial deadlines, however, so I'm going to tweet progress updates and possibly Tumblr panel previews to keep myself accountable. So long as I have you guys virtually looking over my shoulder, I should be able to pull off my goal, which is a five comic buffer.

It's time for everyone's favorite behind the scenes game, Things Dan Put Time Into That You Can't See In The Actual Comic! I wanted to figure out what pose Diane would naturally be in when starting to move away from the wall, so I leaned up against a wall myself and sorted out what I felt was natural, which was to initially keep her right foot on the wall and push away from it.

So, naturally, in the panel where she does that (lowest left panel), you can't see her legs. Go figure. All the same, it's the sort of thing I should do more often. I sometimes stress over what the right pose should be, all the while sitting in my chair when I should just get up and act it out. Unless it's a sitting pose, I guess. Then I should probably stay seated.