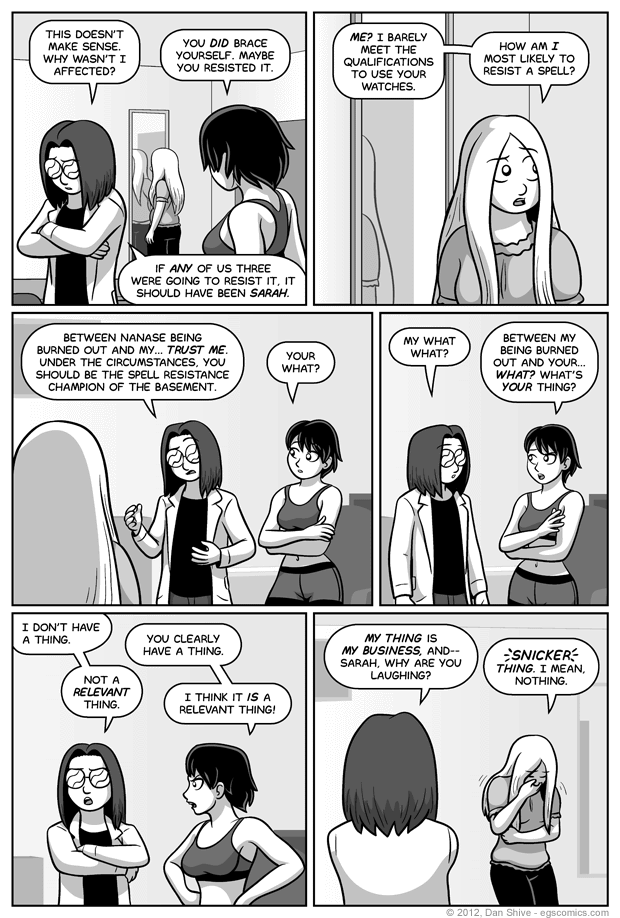 Posted July 2, 2012 at 1:00 am
- Watch qualifications
- Disjointed ramblings on spell and enchantment resistance

And thus began the mystery of Tedd's thing.

In case you don't feel like clicking on the second reference link due to the strain of putting on sunglasses and telling people to deal with it, the reason I linked to it is that Tedd's ramblings in that comic make a point of not only noting that being ready for a spell affects one's ability to resist it, but that "spell" and "enchantment" resistances are two different things.

Exactly why that latter point matters will be cleared up at some point, but for now it's enough to know that it's the spell resistance is what was immediately relevant during the hair-raising moment from two comics previous.