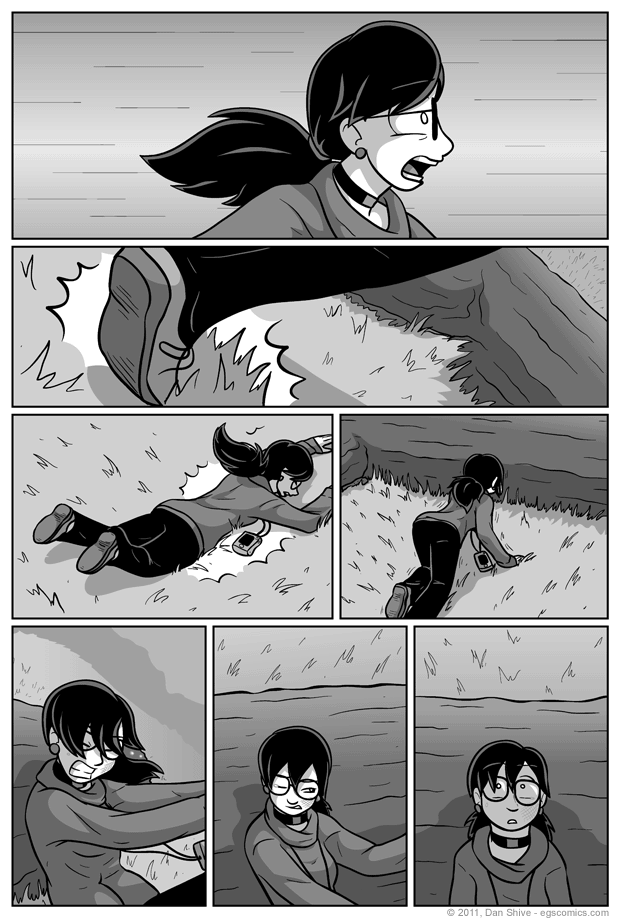 Posted October 25, 2011 at 1:00 am
This is the part where I get lynched for posting this comic on the Tuesday of a week with a mon-tuesday and thurs-friday story comic schedule. The good news is that there's a good chance I'll show whatever the hell it is that's after her on Thursday!

Panels three and four were the most difficult parts of this comic for me to draw. I generally avoid drawing characters from behind, mostly because my strength in drawing characters is mostly their faces. At least until I introduce some sort of owl-necked character.

Anyway, the point is simply that I have much less practice drawing characters from such angles. With that in mind, I'm pretty happy with how those panels turned out. I know they're not perfect, but hey, they're pretty good for me.

Of course, I suspect I'll hate those drawings a few months from now, but that's what always happens with me.