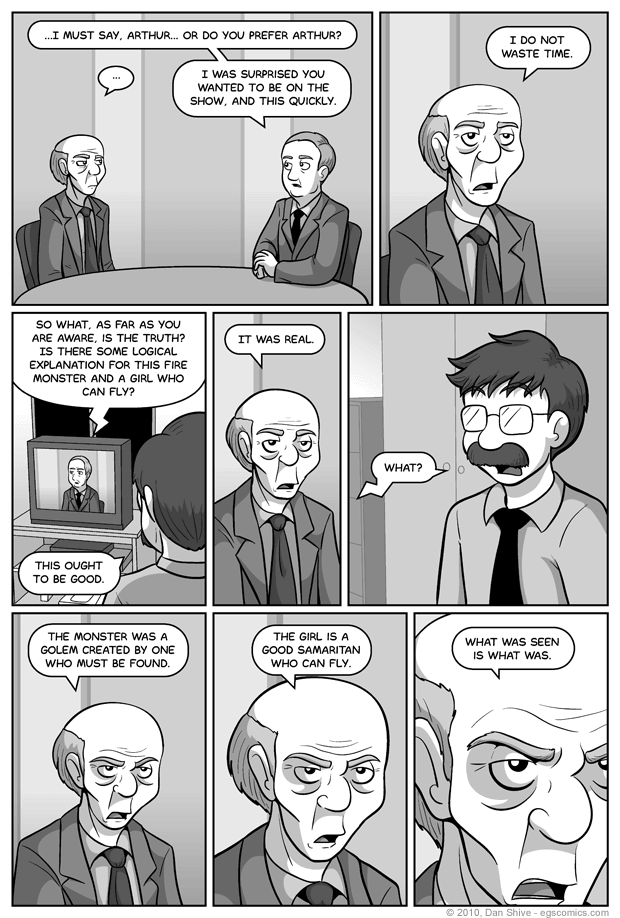 I have decided I enjoy writing for Arthur, mostly because his statement in panel two is entirely true. The basic strategy is "write a sentence, then make it as blunt as possible without losing its meaning." Adjectives fled in fear, elaborations perished... it's like a butcher's approach to editing.

Speaking of, well, speaking, if I could have any actor living or dead voicing Arthur, I would choose Boris Karloff. He's best known for playing Frankenstein's monster, but he's had many speaking roles and he was a great actor with a great voice.

As for why he's named Arthur J Arthur, I just wanted to call him Arthur. I felt I had to give him a full name, but I didn't really want to. In my mind, the J stands for "Just", as in "Arthur. Just Arthur".

While making this comic, it occurred to me that, thus far, Arthur is basically the anti-Verres. He's quick and to the point, he's been described as caring more about keeping secrets than helping people, he's telling the truth about this latest incident on national... wait a minute...

Oh! Right. Sorry, I forgot I knew where this was going.