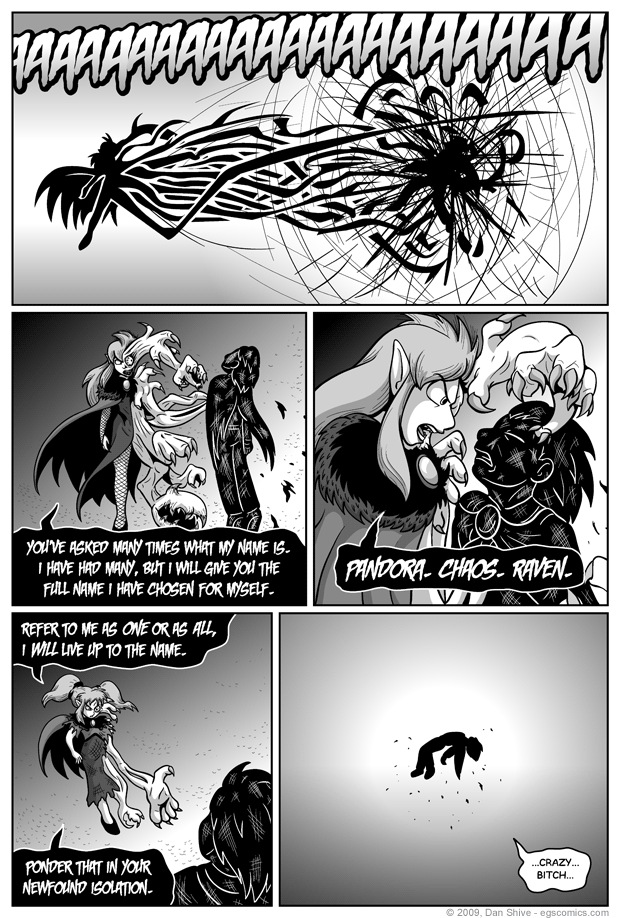 I was originally going to draw three panels in the top row of Magus getting savagely attacked by chaotic limbs of madness and not have it in silhouette, but there were several issues with that approach. The simple logistics of drawing a huge mass of jumbled limbs attacking a character who is portrayed in pure black and white while keeping it visually coherent, brutal and not looking like she was tickling Magus was beyond what I thought I could reasonably pull off beyond delaying this update to sometime in 2010.

This page is one of the reasons this part of the arc is titled Wrath of God. There's also Abraham trying to kill Ellen to fulfill his promise to God, Nanase's angel form, and there's probably a few other ways to look at it, too. Point is, I think its title has been sufficiently justified by now.

Speaking of names and justification thereof, Chaos's chosen name, "Pandora Chaos Raven", has multiple points of significance to it. Some of the meaning behind these names can be guessed with the current amount of information, while the significance of other aspects will be apparent later.