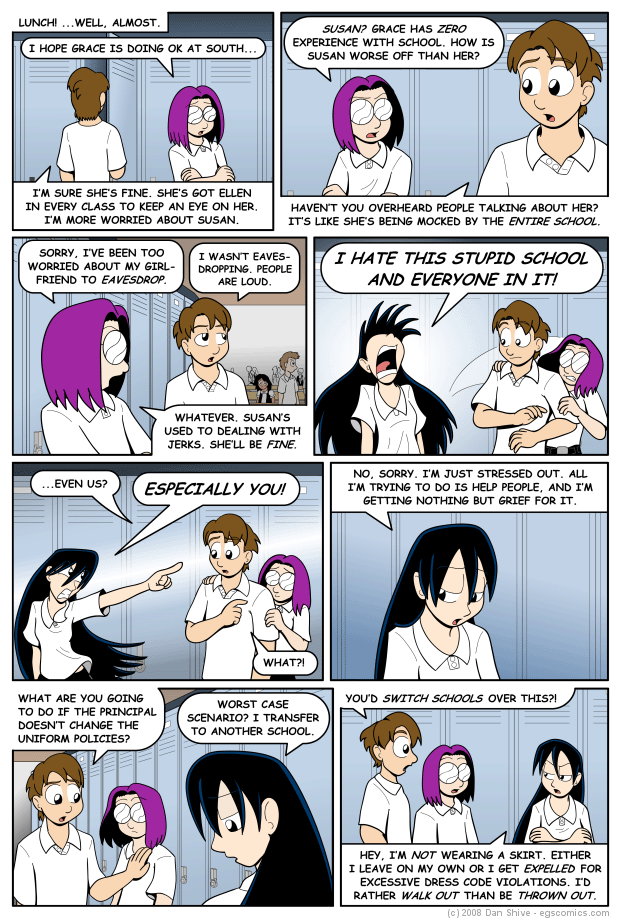 Posted April 21, 2008 at 1:00 am
This comic did its best to be taken over by drama, but Susan’s anger issues and Tedd‘s cowardice put an end to THAT! Meanwhile, Elliot / Tedd shippers may rejoice over Tedd’s cowardice, as it had placed him delightfully (disturbingly?) close to Elliot.