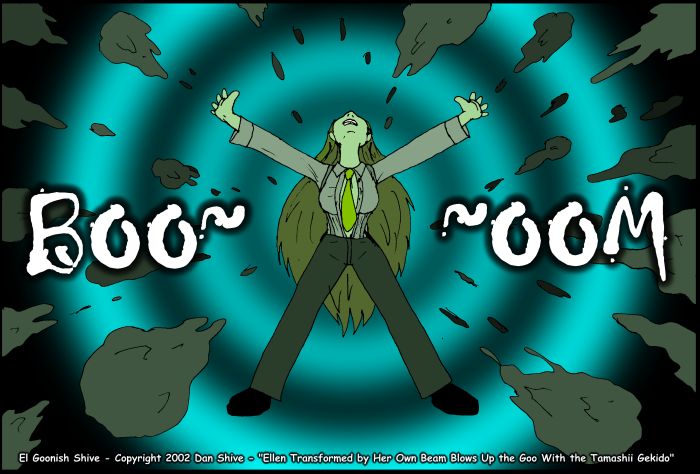 I believe this and the previous comic were originally posted as a single comic and then split up. I could be mistaken, but that sounds right? Maybe? Possibly? Anyone remember? They both have titles (with this one's being ridiculously descriptive), so maybe they've always been separate. I CLEARLY don't know.

In any case, this is the comic that introduces the concept of what happens when Female Variant #5 hits a woman. Depending on who you ask, this was either a great idea or a horrible idea. I'm firmly positioned at "sometimes I like it, sometimes I'm just sorta 'meh' about it, and I respect the opinions of those who do or don't like it, and even those without an opinion".

It is a VERY controversial position.