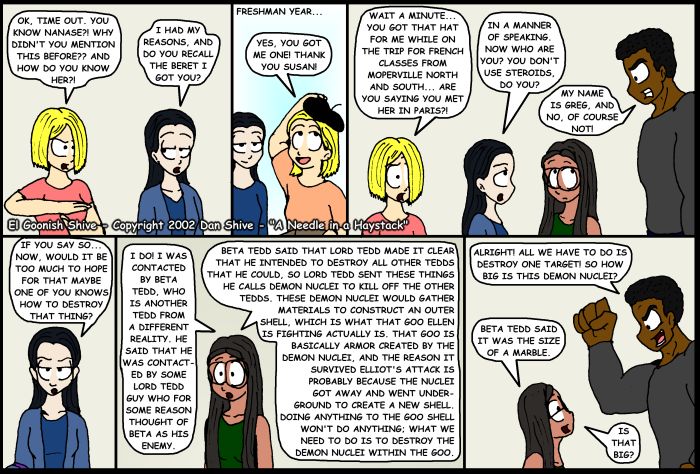 ...Uhhhhhh evil Tedd from another universe who is not the Tedd with square glasses sent a marble-sized dealie into this universe and "the goo" that we see is actually a shell around it. Bam.

I guess they didn't have marbles in the lab, but that makes sense, really. Why would you have marbles in a lab? That's just asking for trouble! Unless you're studying something to do with marbles. Then I suppose they're necessary.

Susan, you're rad, but you're being super rude in panel three. I'm making it official canon that you apologized for that remark off-panel at some point. Now think about what you did.