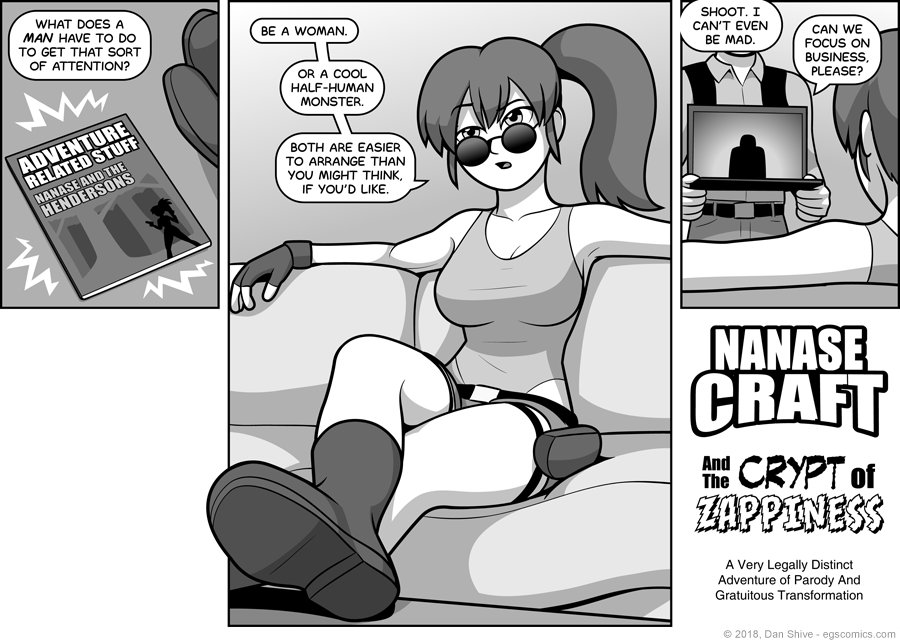 The original idea behind this storyline was just making fun of bad fictional archaeology with a bit of the fun of magical artifacts thrown in, but then I eventually (immediately) realized I could dress Nanase up like that if I specifically poked some fun at Tomb Raider.

And THEN I watched the opening of the original 1996 game, and there was a magazine that says "Lara Stamps Out Bigfoot!" on it, and wow. One, I want to play THAT game, and two, yeah, I just HAD to make a Harry And The Hendersons joke after re-learning THAT was a thing.

Oh, and poke fun at other things about the opening, but mostly the Harry And The Hendersons bit.

Sarah's also going to be in this as an assistant, but she'll be dressed relatively reasonably. Sorry!