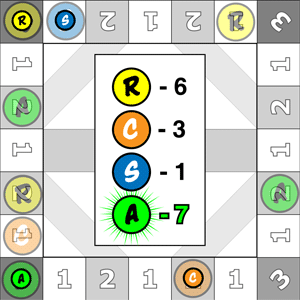 This is clearly inspired by actual ponies.

What changed my mind was mostly the whole "but how do they hold the cards and throw the dice" issue. There's jokes to be had with that, certainly, but I already did that in the first Goonmanji, and this would be the case three times over. As such, I've gone in a slightly different direction.