First off, I spent way too much time on the details of the player pieces in panel three to not zoom in are you kidding me: 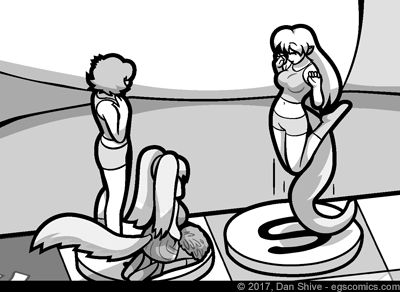 It has also been provably proven that I am fine with someone who just happens to look exactly like Susan acting out of character for Susan. Granted, I didn't originally plan for Diane to be connected to Susan, but it went that way, and I rolled with it, so CONFIRMED!

And as such, I really like this solution. There's all this cake that we have while also eating it!

Granted, I know this won't satisfy everyone, but I have to draw and write it, sooooo... My morale was at stake. Now it's not. HUZZAH!

Also, I made Susan's player piece giggle. I mean, COME ON.