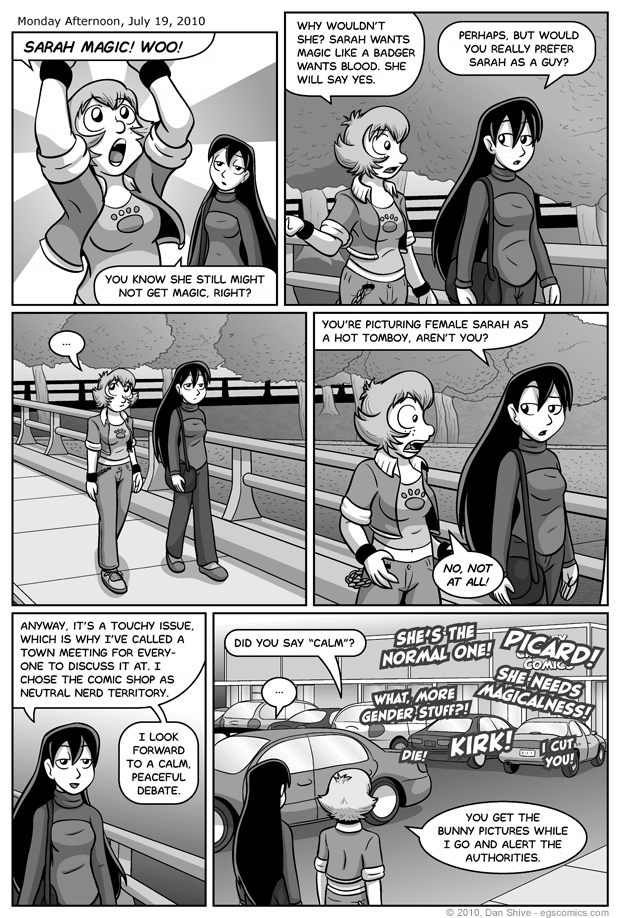 Posted July 20, 2010 at 1:00 am
Inspired by this comic's cliffhanger, this comic is a modification of the second comic of Hammerchlorians.

I assume the forums are on fire by now, with naught but ash where the infrastructure once stood. There is no doubt no order to be had, only chaos, destruction, and the screams of doomed.

Unless, of course, there actually is calm, peaceful debate going on. I refuse to accept this. I made a comic cliffhanger with the intent of it being apocalyptic in its impact, and darn it, I'm going to assume that it has done just that!

Oh, and for those who don't understand the "bunny pictures" part, it's because forum arguments have occasionally been countered with bunny pictures. It's a practice I encourage, particularly since those images make for good references whenever bunny drawing is required of me.