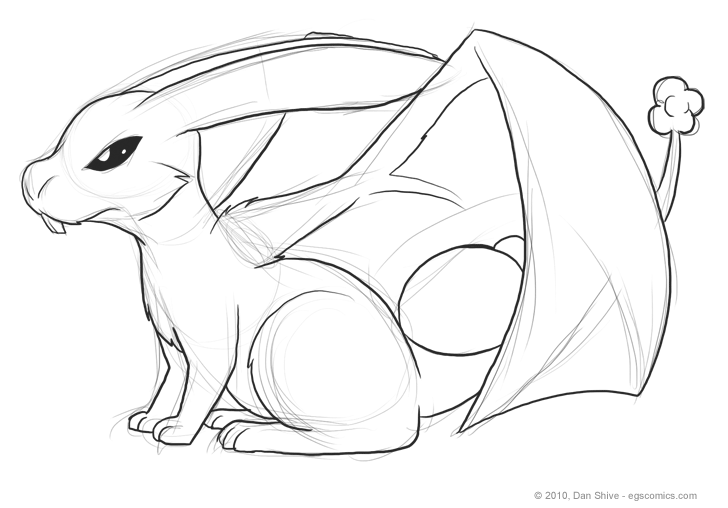 Posted July 13, 2010 at 1:00 am
I'm sure there's another bunny dragon somewhere in the sketchbook archives, but I'm a bit too tired to go hunting for it. In any case, I'm interested in revising its look, because bunnies are awesome and dragons are awesome, so a bunny dragon is awesome TWICE. That's pretty awesome.

Not sure if a bunny dragon would have a breath weapon, though. I doubt fur and fire mixes well. Ice breath would also be an issue (and make even less sense). Carrot breath? Would it shoot carrots or just smell like he's been binging on carrots (which would probably be accurate)?

Ah, whatever. At the very least, it would be able to take off flying with but a hop.