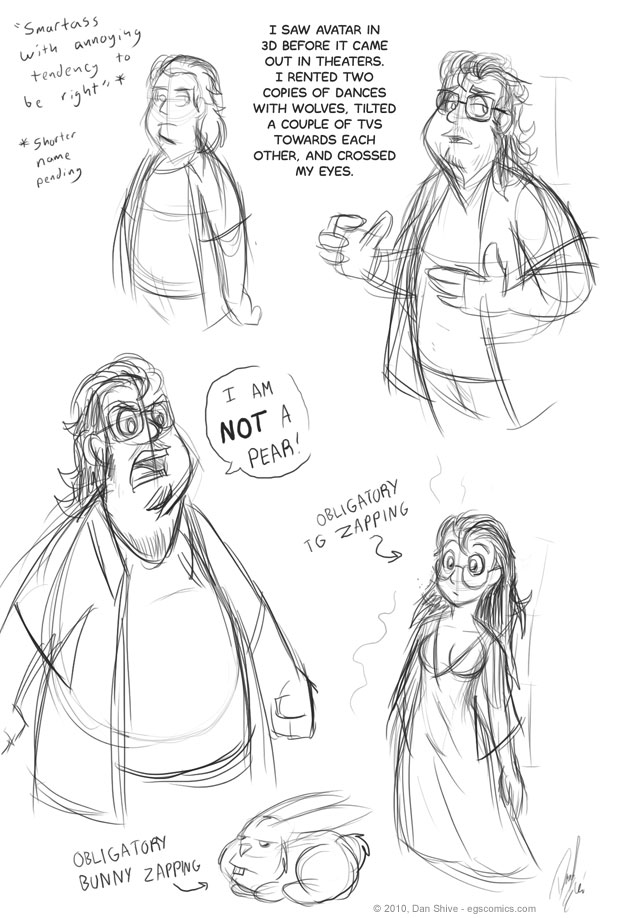 Posted April 8, 2010 at 1:00 am
This guy has basically has one job to do in an upcoming storyline, but darn it, it's an important one. Beyond that, I've tried and failed on several occasions to introduce him in EGS:NP, so I look forward to his having been introduced so he can just magically appear as needed as "that guy" and not in need of an introduction.

And no, I didn't hate Avatar. I do feel most of the criticisms are valid, however.

I've been getting more varied in drawing head shapes lately, but it remains difficult for me to come up with varied facial structures for cute female characters. This guy, however, has reminded me of a method of approaching such a thing, and that is to draw something outlandish and come back from it.

That's effectively what I did with the TG image; I simplified and smoothed out the male face into something more feminine. It's still less varied, but the structural difference is apparent to me and it's something I could explore further to add more variety to female character appearances.

And the bunny? I dunno. I wanted to draw him as a bunny. Let's just say this is "bunny week" and move on.