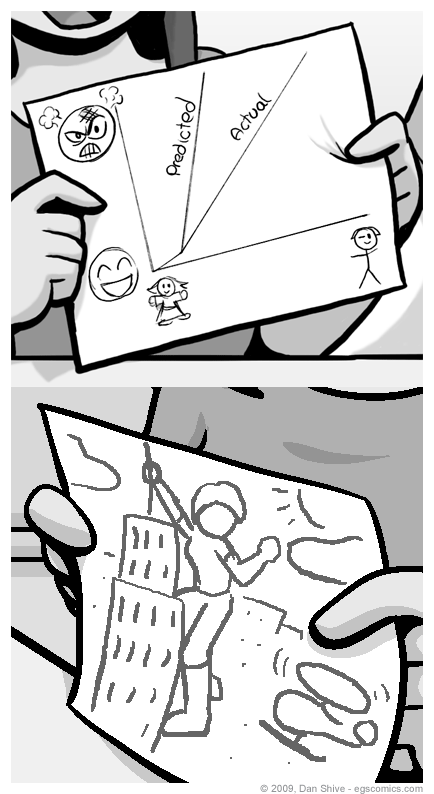 The basic idea behind Grace's chart is the less covered up Nanase is, the more furious her mother gets. Which, I suppose, means Grace technically drew Nanase naked at one end of the chart. Given that it's a stick figure drawing, however, I feel she may be easily forgiven.

And, of course, the second sketch is of a giant sized Nanase climbing a building like King Kong.

Extra note: After posting this, I announced the update on my Twitter account. What follows are those tweets:

#EGS ...Wait, does that technically make it a guest comic provided by a character from within the comic itself? o_O