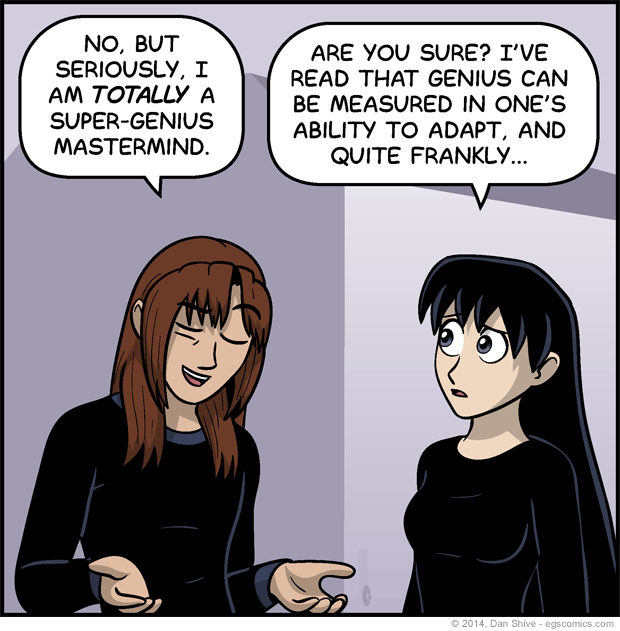 That said, I feel kind of bad that I had to give him a name. I would like to point out that your average Tom is probably a perfectly okay dude. I'm sincerely on the verge of introducing a second Tom who is the exact opposit of this Tom and regularly saves puppies from danger (I'm not sure why puppies would frequently be in danger, but I assume they're constantly threatened by evil forces).