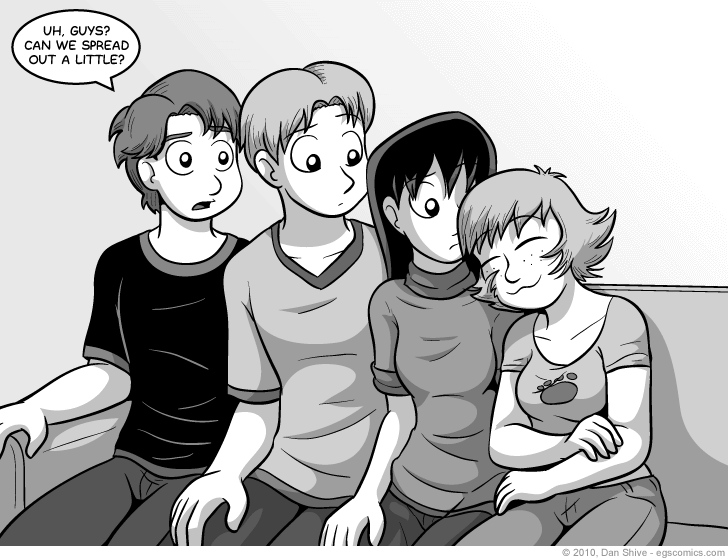 Posted November 30, 2010 at 1:00 am
I asked by way of the Twitters which couple, canon or not, people would like to see in this sketchbook entry.

The results were somewhat unexpected. Susan was easily the most commonly requested character, paired up with both genders of Justin, Tedd, Catalina, Rhoda, Liz, Ellen, Tess, and even an alternate universe version of herself.

Requests for Susan to be with Justin were most common, though their respective genders varied. The only gender combination not represented was with both of them being female, but given the number of responses I received, it's possible I just don't remember it being requested.

I finally figured it would be best to go ahead and include Susan, but I couldn't figure out what gender combination would work best if I paired her with Justin (I just realized how strange that sentence was). I then thought about pairing her with Catalina, but I just did that (sort of) in the previous sketchbook.

After a bit more thinking along the lines of "argh, what do I do", I decided on this. So long as you know who is attracted to who, this entry is pretty much self explanatory.

Well, except for maybe why they're all on the same sofa. I assume there's a movie involved.