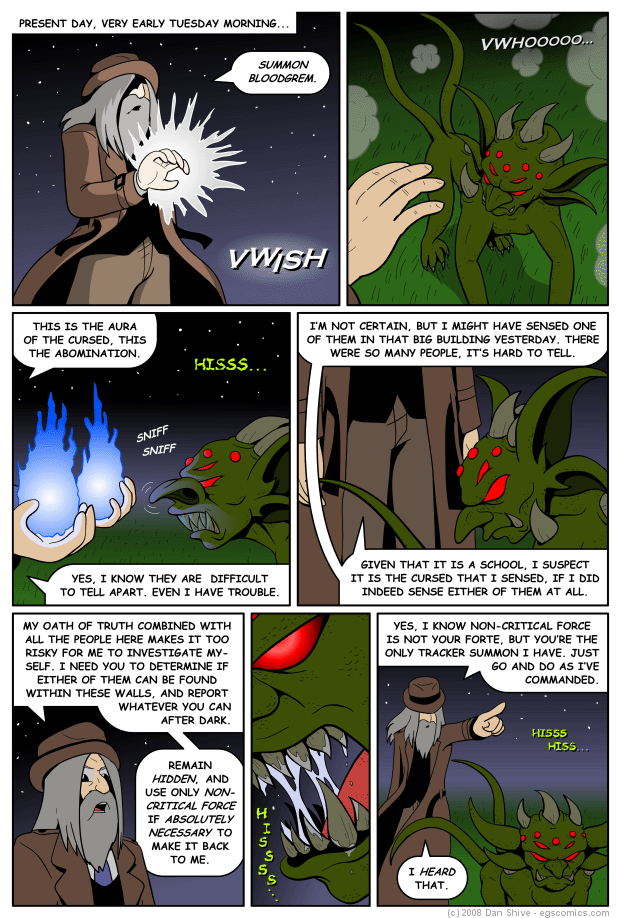 Posted June 2, 2008 at 1:00 am
It is very much intentional that it is not clear which school these two are outside of. There are no hints provided; only time will tell.

"Bloodgram" was essentially thought up of by combining "Blood Hound" and "Gremlin". The Bloodgrem's physical design is basically a mutated monkey. It's a tracker of some sort, so I gave it a big nose. I wanted it to be creepy and have a good range of vision, so I gave it many spider-like eyes. Given that I'd already given it excessive eye and nose traits, I tossed in an extra tail and set of ears. The spikes are there for additional creepiness and to generally make it more dangerous.