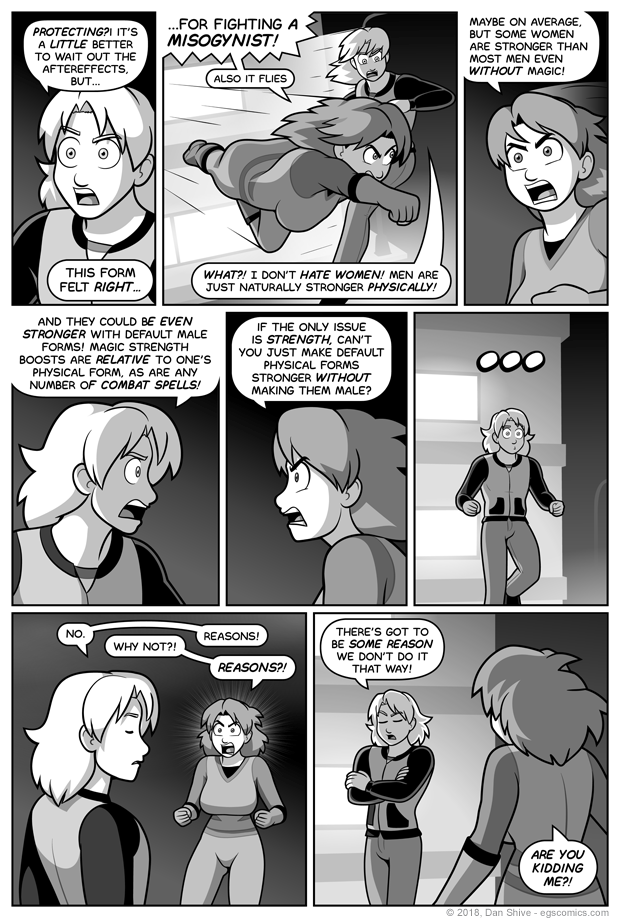 That moment when you don't have a counterpoint to someone's criticism of a practice you've accepted as normal and reasonable.

Related note, the "we" in that last panel is important. "Men make for better battle mages" isn't just a conclusion he reached on his own.

Elliot, and especially Magus, are unlikely to touch on the wider spectrum of gender here. Elliot's not informed enough to realistically do so, and Magus... Well, Magus is from a world in which people literally change their sexes to suit their jobs and consider it an "either/or" sort of situation, so he's not exactly likely to bring it up.

But yeah, there are other layers to this discussion to be had.

There's some 180 rule breaking nonsense going on in the first three panels that I tried to avoid (Magus and Elliot being positioned that similarly in panels one and three, respectively), but I wanted Elliot to wind up on the right side of the panels, and it took a lot of experimentation to settle on something I was happy with for panel two, so... Hopefully no one is mistaking panel three Elliot for Magus?