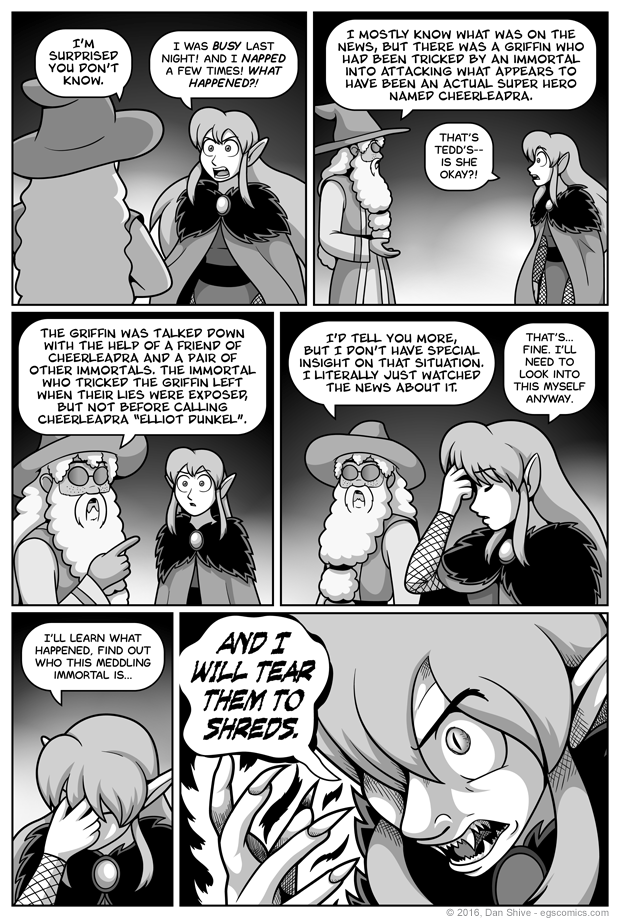 Oh. Right. That side of Pandora. Probably best not to forget that that's there.

This truly does beg the question: What was Magic's Emissary wearing while watching the news? Was it the same outfit? Does he just wear that around the house? In fact, does he even own that outfit? Is his appearance influenced by being in Grace's mind? Is that outfit Grace's idea of what a wizard should wear? If so, was he wearing something different when he first appeared, or did Grace just know on some level that he was wizardly? How does he keep those rad sunglasses on? How does anyone keep rad sunglasses like those on? How do monocles not just fly off? What is the capital of Quebec?

All those questions aside, I had a lot of fun with that last panel.