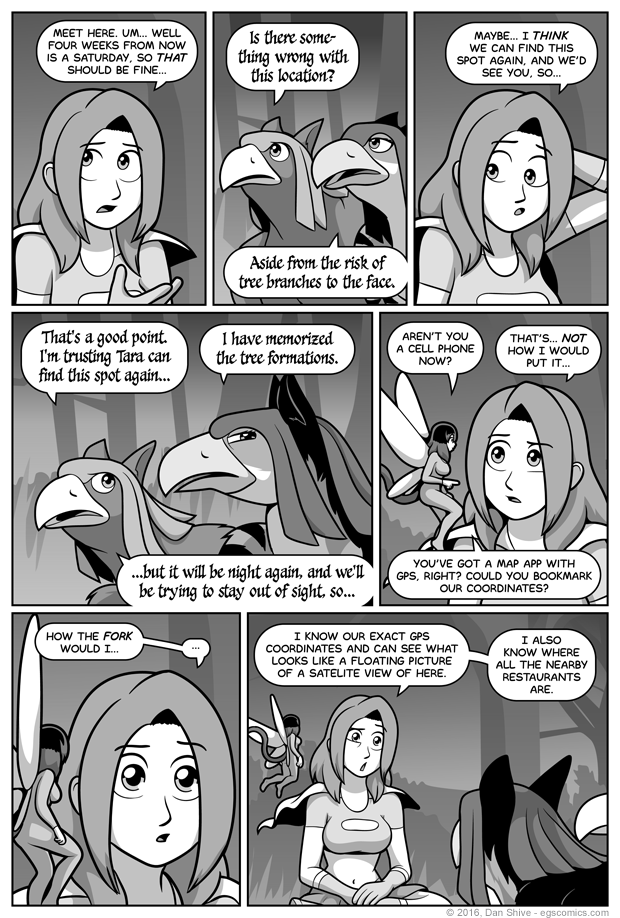 It's easy to take something you're used to for granted, particuarly if you're young enough for a technology to feel like it's always been around and is just a natural part of life.

With that said, let me assure everyone to young to have witnessed VHS tapes in action: Smart phones are astoundingly powerful devices the likes of which sciences fiction writers had previously only dreamed of.

For example, when in large parking lots, I have bookmarked the GPS location of my car, and made it so when walking back to it later, I had a map tracking my position and a marker where my car was. I effectively had video game mini map with a quest objective in real life.

It used to be amazing that some cars had phones in them, and now we can pull stuff like that. As natural as it is to get used to things, I think we should all just take a moment to consider the various technologies we have access to these days and acknowledge how flipping amazing it is.

That said, I'll still raise hell whenever I can't get a solid signal. Your commercials promised uninterrupted nationwide coverage, you jerks! What is this, the stone age?!