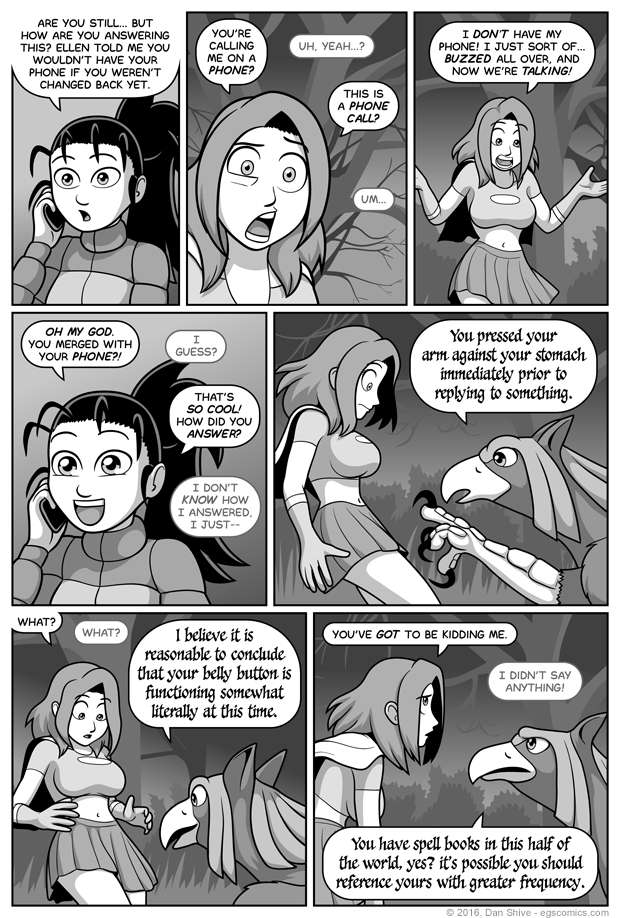 I had originally planned for something like this to happen when Elliot first had to fight Tara, but that was back when my various schemes basically pushed Ashley aside and didn’t give her anything to do during that encounter (which was bad and I should feel bad). Specifically, it's how Elliot originally would have learned that Ellen and the others had figured out a likely location for Andrea.

Well, sort of orginally. I had many, many convoluted ideas for how that could happen before I even got to that one.

Anyway, Elliot giving Ashley his phone meant this couldn’t happen then, but he did get it back later, and didn’t think to hand it off to someone as he had done with his car keys.

Of course, given what’s happening now, maybe he could still drive his car if he'd kept the keys? To once again quote Futurama, “that just raises further questions”.