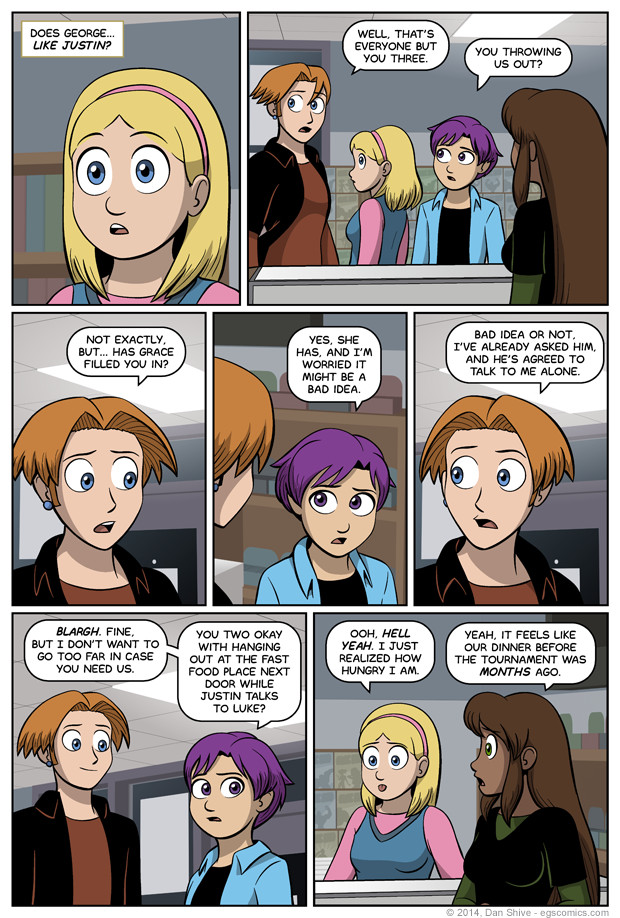 An obvious joke, yes, but one I feel had to made. I guarantee the next storyline will be shorter. I know I'm a bad judge of such things, but it has SIGNIFICANTLY fewer subplots and will be way more focused.

Speaking of a lot of comics, this is story comic #2001! Which is nifty, but given all the EGS:NPs, sketchbooks, etc., I sort of view it as not being a real number. It IS an indication that a great many story comics exist, however, and huzzah for that! Many thanks for all the support over the years.

(Speaking of which, expect an onslaught of sketchbooks and commentaries ASAP)

This is a problem I've frequently had while at tournaments. You're not supposed to have outside food, there's limited time between rounds, and they can last for hours. One way I've dealt with this in the past was to simply bring a small packaged snack with me and briefly step outside to eat it between rounds if necessary. Of course, if I ever got a bye, time to stop by one of the nearby fast food places was an upside to the free round.