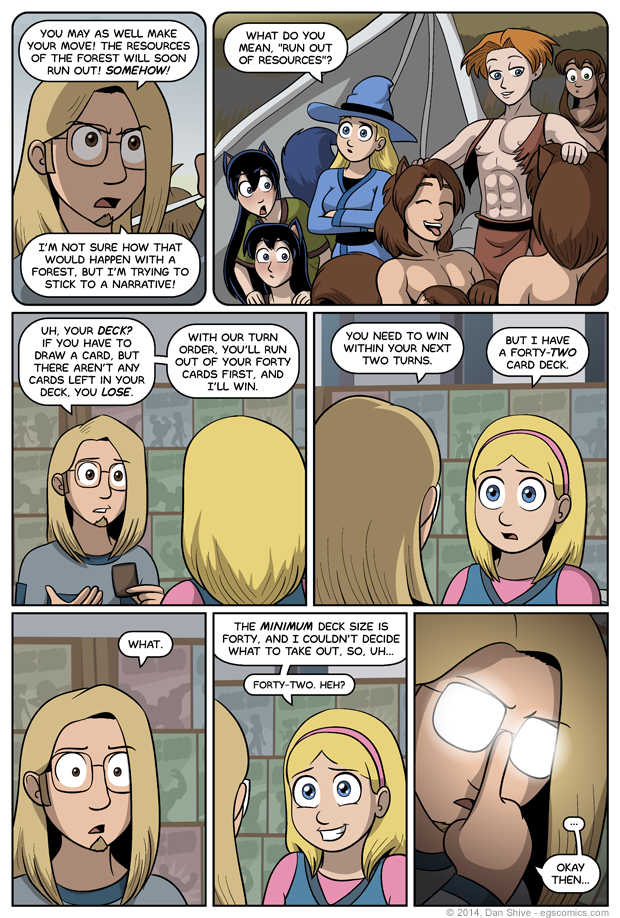 I could have very easily made panel two a whole lot simpler and saved myself some time, but that would have been absolutely unacceptable. Justin petting werewolf Elliots was MANDATORY. For REASONS. Also blushing Susans. Very important for, um, plot purposes? Yes.

Generally speaking, there isn't an advantage to going over the deck size minimum as it will reduce the probability of drawing any given card of choice. More cards means less likely to draw Aludrakrala, for example. Of course, it CAN occasionally be advantageous to have more cards than one's opponent, such as what's happening here. It's not really something one plans for (at least, I don't think one would), but it can happen.