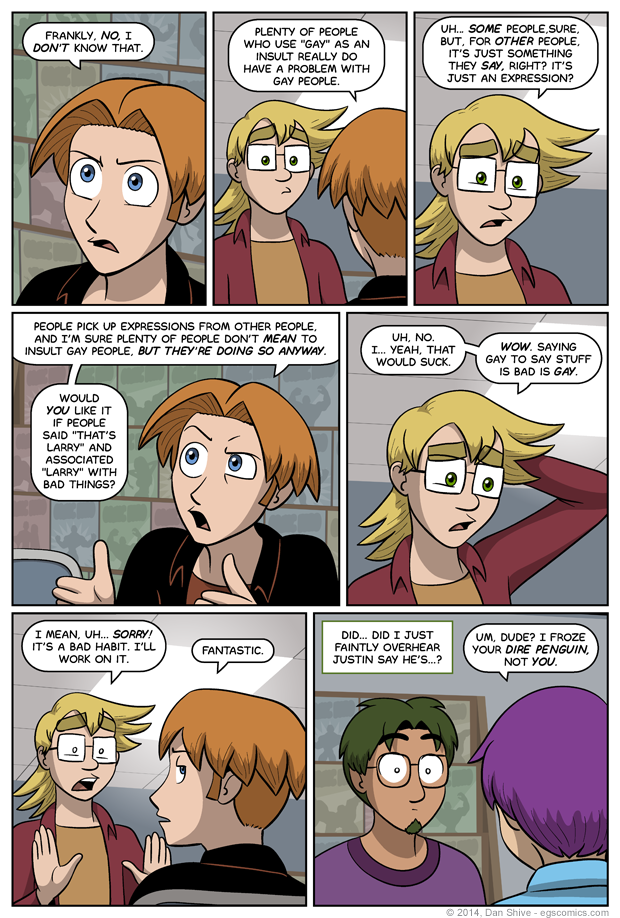 One may get a bit of Deja Vu from this comic on account of a previous scene with another comic shop patron who realized it wasn't really cool to be running around saying "gay" as an insult. There are a few reasons why I'm addressing it again that go beyond giving Luke something to faintly hear over the various people playing card games.

I'd list the reasons one by one, but it'd be a bit redundant given that I'd just be elaborating on what's addressed in the comic itself. That, and I'm so sleepy that I'm not even 100% sure where I am right now. It might be at my computer? I hope so. Not sure what I'm typing on if that's not the case.

I will say, though, that I get that people wind up using expressions commonly used by the people around them. That makes it understandable in some cases, but that's not the same as it being "okay".  It's kust less "omg you're filled with HATE and PREJUDICE" and more "that's a bad habit and you really should do something about it if you genuinely don't mean any offense".