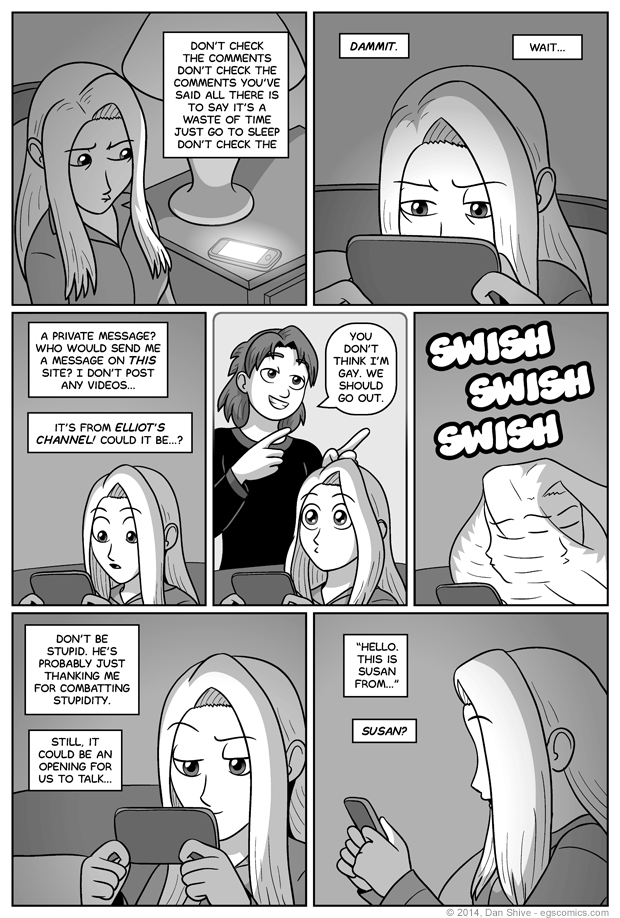 Elliot has all the best pickup lines.

Don't worry, Diane! You have not yet begun to feel disappointed by the events of the previous day! Well, current day. Sort of. It's clearly night, but it's presumably before midnight on the same day of the calendar, so it's not really the previous "day". That would be yesterday. But it's no longer daytime, so I guess the daytime that came before could be considered the previous day? I mean, it was the day that came before the night, so it certainly qualifies as "previous", but that's bound to make people think of yesterday (as I have previously stated), but it could still be considered technically correct? I'm not sure, but...

I'm sorry. What was this comic about? Oh. Right. Susan sent Mongoose--er, Diane a message.