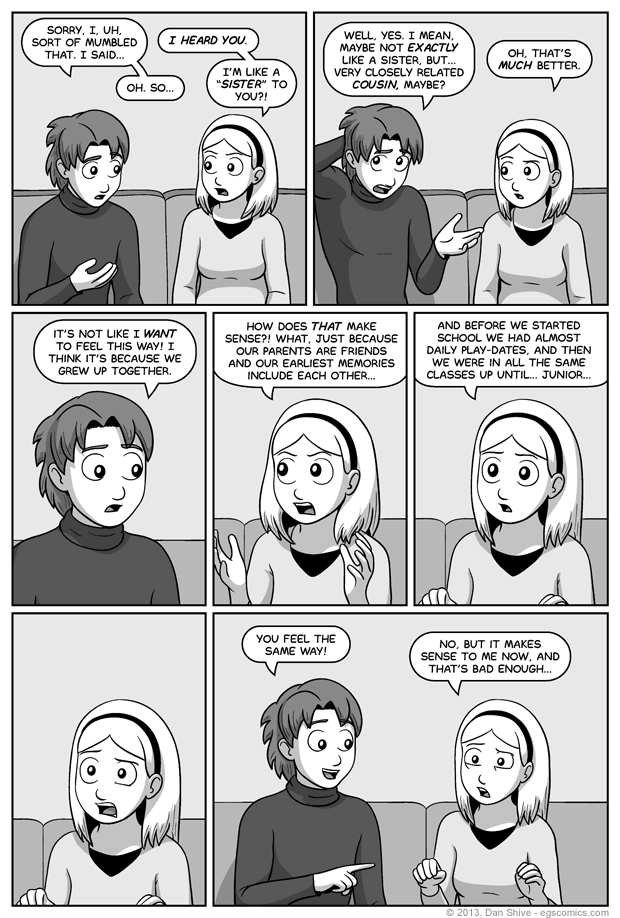 I know how Sarah feels in the first two panels. Don't ask for details, because a) I'm not going to give them and b) I think you can guess.

ALTERNATE ENDING DISCUSSION TIME! Well, not exactly "ending", but close enough. At one point, I had imagined both Sarah and Elliot reaching the "like a sibling" conclusion at the exact same moment while together at the New Years Eve party. It could have been a funny moment, but there are a few issues with it, the two biggest being as follows:

1. It would have robbed Elliot of character growth and taking the initiative if it was a simultaneous realization.

2. The more I thought about it, the more it became clear to me that Sarah really doesn't feel the same way. Sarah's always been a bit more flirtatious with Elliot than Elliot was with her, and while part of that is simply a difference in personality, it also makes sense given current context. The realization that Elliot feels that way and that it makes sense to her is one thing, but Elliot feeling like a brother to her would be another.