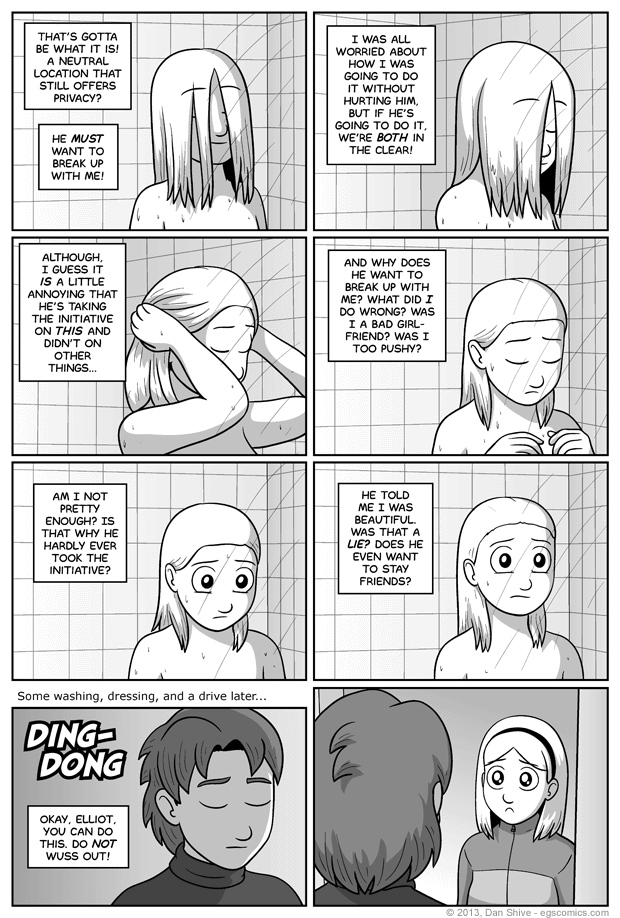 You didn't think it would be that easy, did you?

I love that face in the last panel. I want it to be in every comic. Friday's comic might just be that face for sixteen panels (it would be eight, but we don't need to see the back of Elliot's head again, do we?).

I don't really have much more to say than that, other than I present this comic as evidence that I do not force cliffhangers into Friday comics because OH MAN would I have liked this to be a Friday comic!