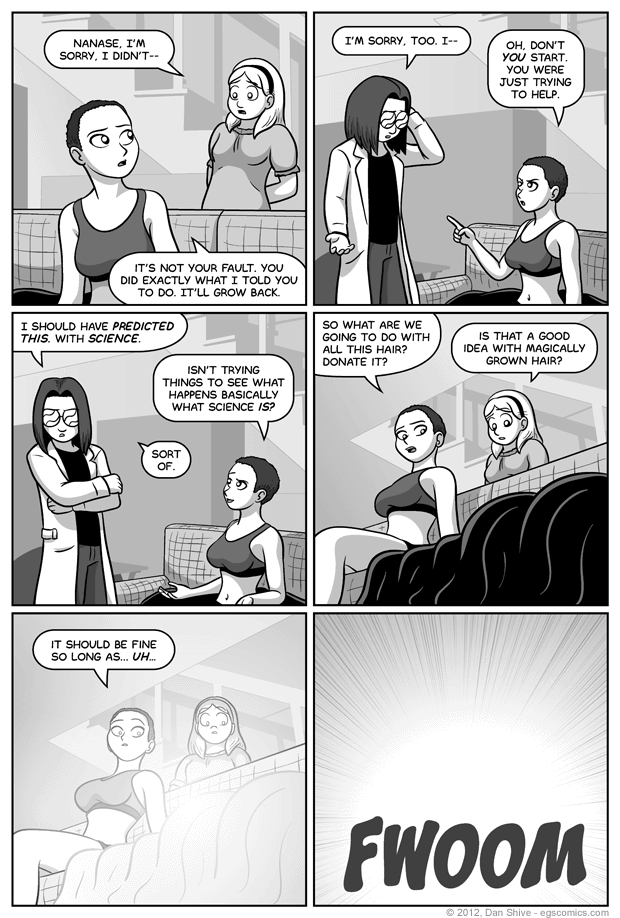 Posted June 28, 2012 at 1:00 am
Sorry I went the whole super-predictable "the hair glows and then blows up or something" route, but the story demanded it.

Ever since it was revealed that Nanase was going to have her head shaved, I have received many predictions and suggestions regarding the shaved hair's fate, the most common of which being the donating of the hair. It's a nice thought, but I'd be wary of giving away anything connected with magic without being absolutely certain it wasn't going to result in anything weird happening.

I had similar thoughts during the giant boar storyline. Pork-related jokes were quite common, but I couldn't help but think that there are probably reasons not to eat enchanted food. I thought about it so much, in fact, that there's an itsy bitsy tiny little possibility that it may come up in the comic at some point.