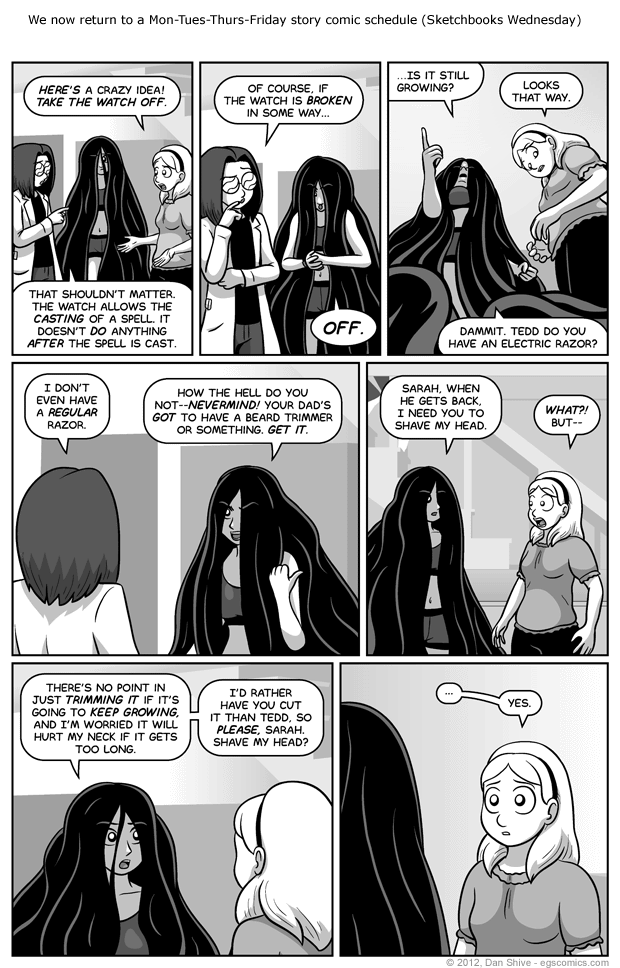 Posted June 25, 2012 at 1:00 am
Wait, how long would her hair have to get before that's a problem? Because it's already pretty... Eh, never mind. Point's about to become moot anyway.

The watches work similarly to the TF gun in that they aren't really doing anything when not being used. Just wearing a magic watch does nothing, nor does just holding the TF gun. In both cases, a trigger must be activated, and in both cases, the device goes back to a neutral state after the zapping is done. The enchantment is then entirely dependent on the enchanted and the enchantment itself.

Pretty much all magic in EGS works in the same way. If someone enchants someone else, taking out the spellcaster won't undo the enchantment. Well, all things being equal, anyway. There could be some sort of effect that won't last without the continuous effort of someone or something, after all, but that's the exception, not the rule.

Point being, both Tedd and Nanase's expectations were that continued watch wearing wouldn't matter. All things are clearly not equal given Nanase's hair growth, however, so Sarah was still right to raise an objection.