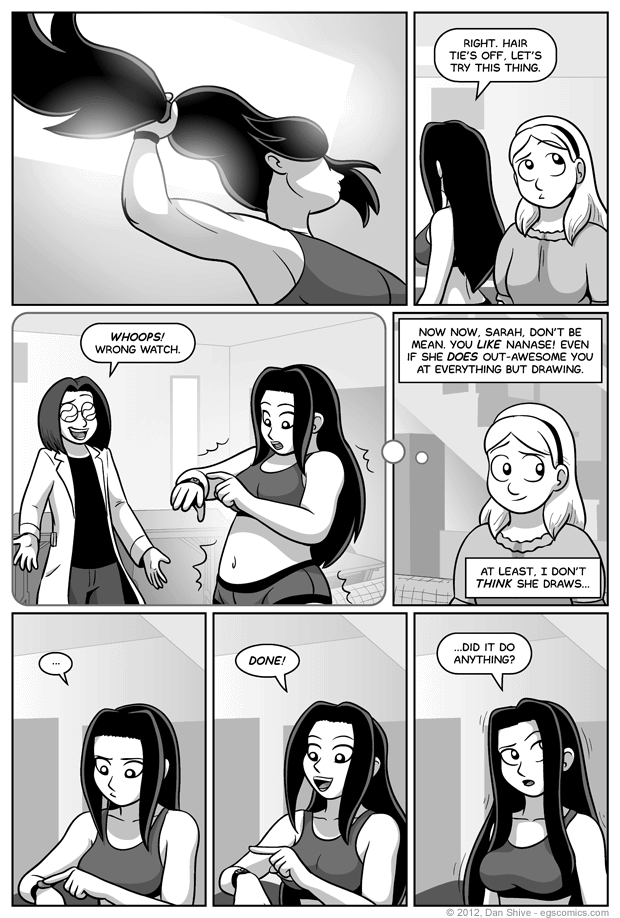 In all seriousness, my intent was for Nanase to exhibit a bit of coolness in doing something mundane before Sarah's little fantasy, but I'm not sure if that's really the effect it ultimately has. I look at the end result and just sort of think "hair tie removal is serious business."

Speaking of the fantasy panel, I actually think Nanase looks pretty good in it. If I can ever figure out an excuse for it, I might have to draw Nanase in a fight scene while in that form. I doubt I'll ever find an excuse for that in continuity, but I'm bound to get bored someday.