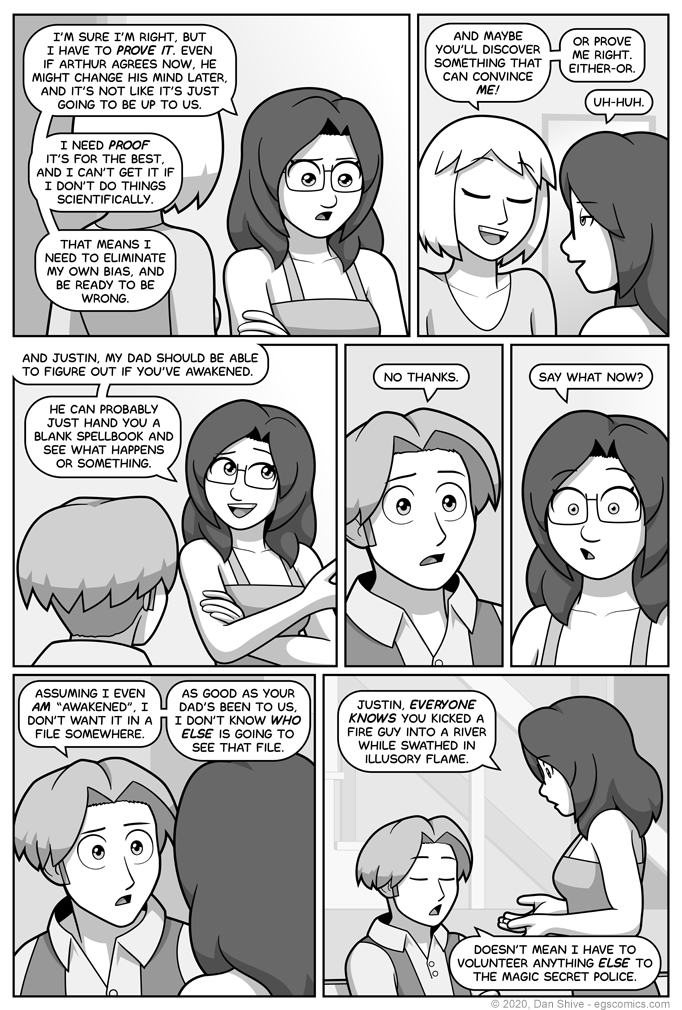 Wait, did two characters who are still in disagreement conclude a debate amicably upon mutual acknowledgement that more information was required? This really IS fiction!

I hadn't specifically planned on suggesting how Tedd's dad could check to see if Justin awakened, particularly given that, really, he should 100% be able to replace the wand even if he did break it. It being broken would barely be a speed bump if Justin were on board with Tedd's dad knowing if Justin had awakened.

I've seen so many comments along the lines of "just give Justin a spellbook", however, that I felt someone might burst with frustration if the option didn't at least get a mention.

I also saw an opportunity to show that Tedd doesn't actually know how the books work, given the "probably", but mostly the "people might burst with frustration" bit.

Granted, that might happen anyway with Justin's refusal, given that whether he's awakened is considered a linchpin in confirming whether Grace's dreams about magic marks were accurate, which may well determine what they discuss with Rhoda and Catalina.