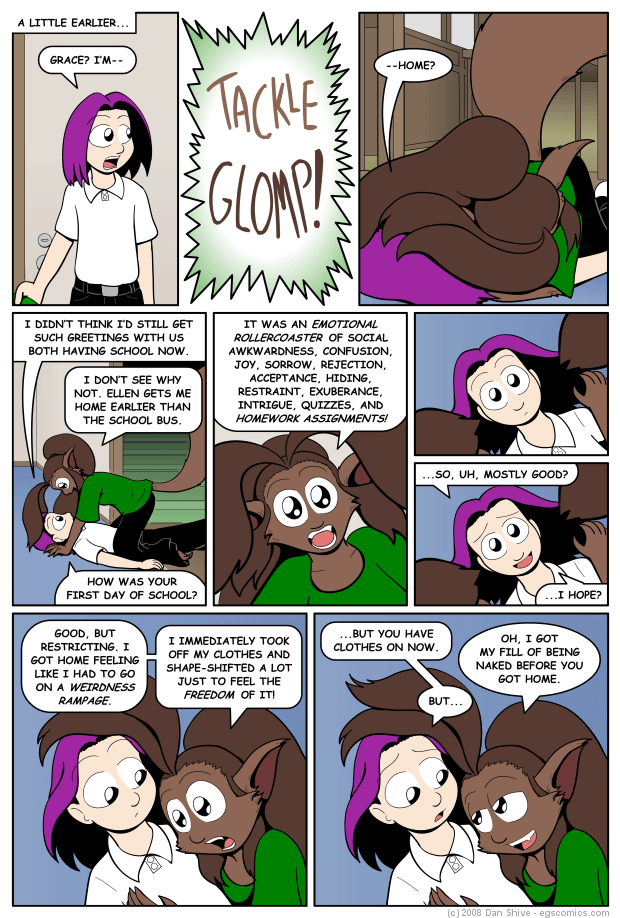 Now that I think about it, I really could have put this scene between Susan saying "Let's Do This" and the end of their meeting and therefore keep things 100% chronological. I don't know if I'll look back years from now and wonder why I didn't do it that way, but I think it works either way.

A lot of what Grace does in this comic is reminiscent of her behavior early on in the comic, with the tackling of Tedd as he walks in the door. Grace's evolution, however, shows in the last two panels. She used to want a sense of normal, but she has come to embrace a certain level of strangeness while living with Tedd. In addition, she not only understands precisely why Tedd would want to see her without clothes, but she's ready and willing to tease him about it.