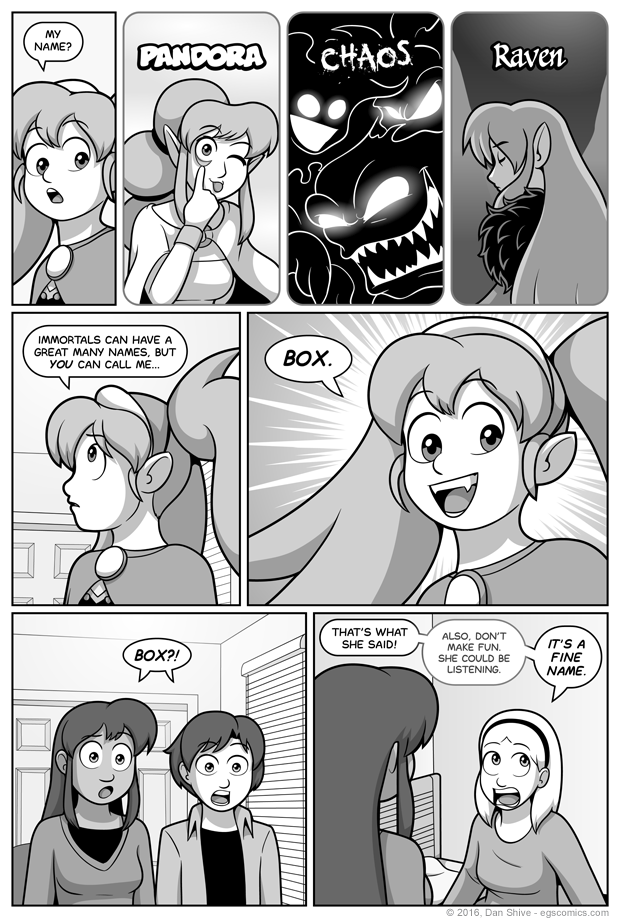 "Pandora Chaos Raven" might sound a bit silly as a full name, and, indeed, that was commented upon when it was introduced. She chose it for a reason, however, just as she is now choosing "Box" for a reason.

What reason? Don't ask me, I just work here.

Another reason I chose to cut away from Sarah and, um, "Box's" discussion before was so we could go from the end of their discussion to BAM! Grace and Tedd are there, and have presumably just been filled in on everything we just saw (aside from Pandora's internal thoughts, obviously). Another reason was so the significance of Pandora's vow wouldn't require explanation, immortal vows having already been covered.

Seriously, so much of the writing for this story arc is just trying to keep redundant information to a minimum while keeping things as clear as possible.