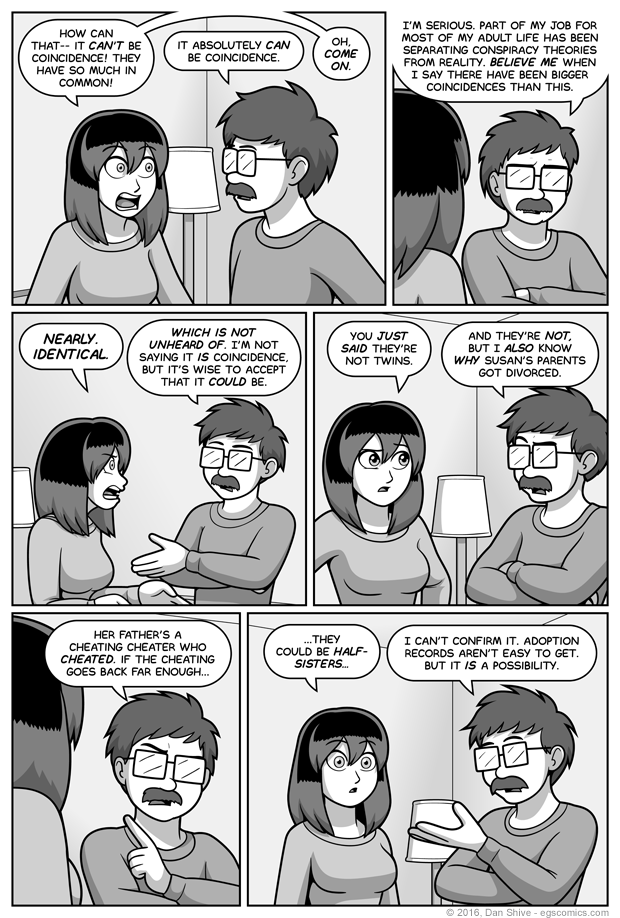 Given the amount of responses I've already gotten from the last comic alone, this is one of those moments in which I want to say a lot, and explain what exactly I'm doing. I can't, though, because the only way to do that is to, shockingly, spoil what I'm doing.

I will say that what Mr. Verres is saying about it not being unheard for completely unrelated people to look shockingly similar is true, and that really big coincidences do happen. Even if one believes in a higher power guiding everything with their will, their will may well be that such a thing be a coincidence.

Why would they will such a thing? I dunno. Mysterious ways? Get people to debate coincidences? Boredom? It is not for us mere mortals to know. Unless it is. Like I said, I dunno.