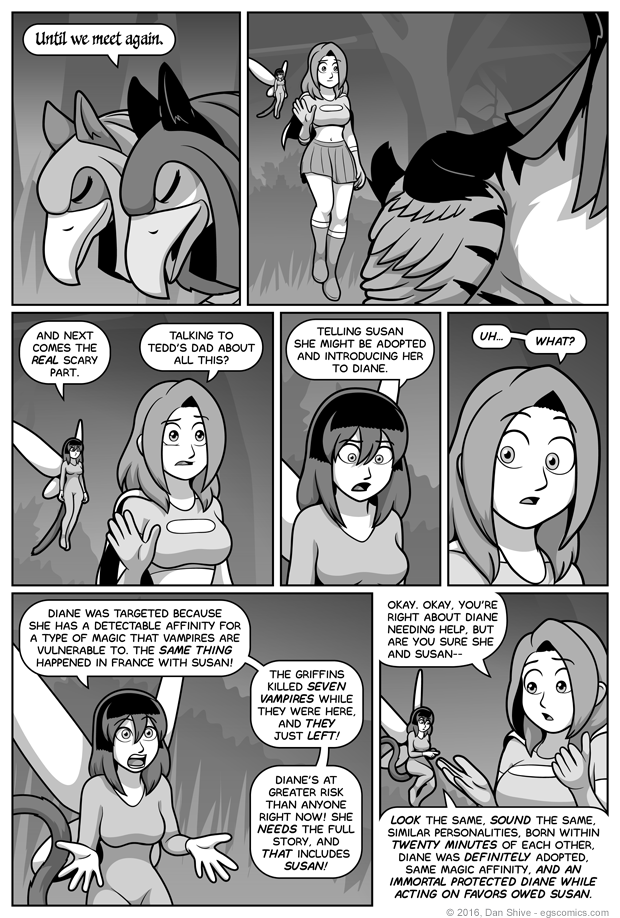 Bonus points if you reached the same conclusion after Diane was targeted and/or there having been six other vampires was revealed. Diane is, at least as far as Nanase's concerned, officially on the "need to know" list, and that somewhat forces the issue.

I'm now going to pat myself on the back for squeezing that recap of all the various reasons they think Susan and Diane are related into one panel and in form of Nanase justifying that conclusion.

That might have seemed self indulgent, but keep in mind I'm the guy who once unleashed this Dewitchery Diamond plan on an unsuspecting readership. I've made progress, darn it.

- Tuesday sketchbook! Sketchbook will be Tues / Thursday for at least a few weeks, though Thursday's for this week will be posted sometime during the day.