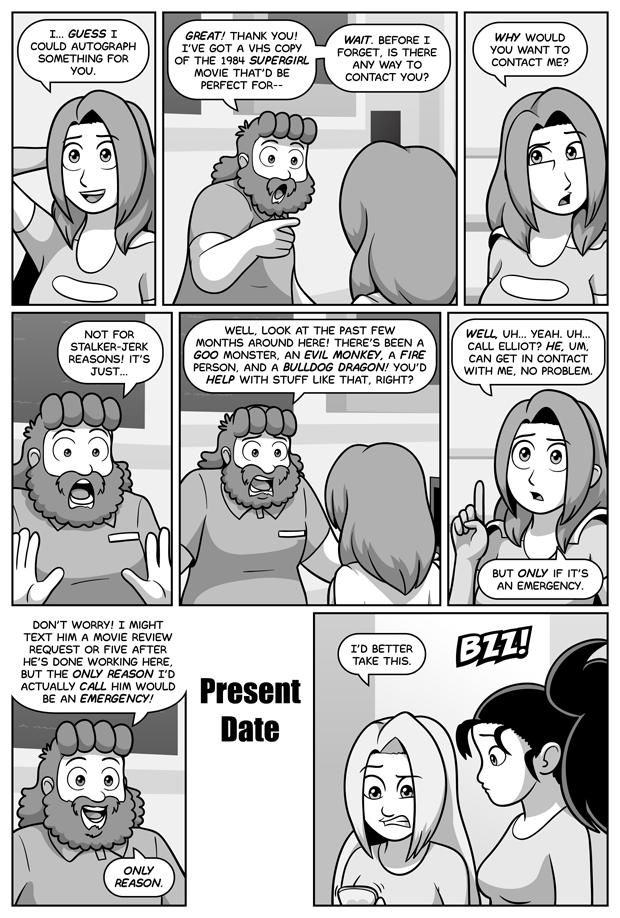 - First goo monster made it to papers
- The evil monkey got at least some news attention
- You better believe people know about the fire dude
- Bulldog dragon? That's a press event.

Given Elliot's reaction, Tensaided's apparently been good to his word on that. Well, at least the "not calling Elliot unless it's an emergency" part. I sincerely doubt he's kept his movie suggestion text messages to only one or five.

Actually, wait. Susan still works for him. Okay, so it's possible he's stuck to the one or five limit given that he can bug Susan about reviewing certain movies. On the other hand, Susan is a lot scarier than Elliot, so maybe he's more comfortable texting Elliot with movie review suggestions? Though Tensaided is almost frighteningly bold around Susan and only fled once when things got awkward...

Okay, official canon on how many text messages Tensaided has sent Elliot is "I don't know."

Thursday sketchbook (expect them Tues/Thurs for a while)