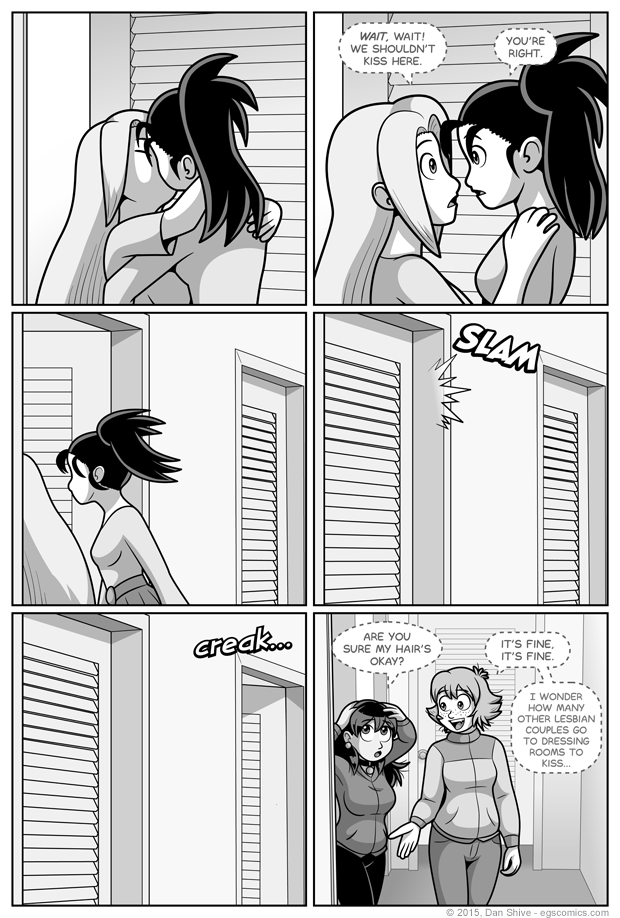 Rhoda's skin tone is very, very slightly darker than I used to have it in previous greyscale comics (as in, it's not 100% white). This is a result of a) me expanding my greyscale palette, and b) consideration made after Rhoda appeared in color comics.

Panel six was very deliberately drawn from an angle that shows that this changing area has walls around it and that the doors don't just open up into full view of a store. This was something I should have established in the establishing shot three comics ago, but it turned out to be one of those things that didn't occur to me on account of being the cartoonist and taking that fact for granted.

Another reason I took it for granted was because most places I've been to in recent years work that way, but I know not all of them do, and I shouldn't expect people to makes assumptions based on my life experience.